A Woman’s Work: Restoration Through Calling

It was the early 90’s and I was a 20 something trying to figure what to do with my life and how my chosen endeavor might make a difference in the world. I’m not sure the dilemma was exclusive to me as many of my peers were also Christians trying to figure out how their faith informed their career paths. We were hoping to discover the intersection of these two seemingly disparate silos.

During my search for vocational answers, I came across a new beauty boutique out of England called the Body Shop. While Body Shops are now in most malls across the world, at the time their premise was unique to mainstream retailers. The cosmetics company produced and retailed natural beauty products that were ethically made, prohibited the use of ingredients tested on animals, and promoted something called “fair trade” with third world countries.

This marriage of commerce and cause seemed to be the answer I had been searching for. It seemed to me that I might even be called to this type of good work.

Fast forward 20 years and I have just returned from Swaziland and Mozambique where I was able to marry commerce with a cause. Since I am a small business consultant, I thought it wise to use what I know to affect change. Instead of selling goods, I used my consulting and strategy know-how to bring creative business women into this venture. Finally, an opportunity to have my faith practically lived out in my work.

The mission of this venture was to empower and employ disenfranchised women in Africa. We hoped to accomplish this by taking a group of creatives (artists, home goods, jewelry, and clothing designers) from the US with a strong platform to promote and sell and connect them with skilled female artisans from Africa who have a unique craft to offer. The US designers would co-create with the artisans and the finished goods would be sold through the respective designers on and offline outlets, ultimately opening the global marketplace to these underserved women.

What made this particular endeavor unique is that it was not born out of service, rather it simply made good business sense.A focus on the bottom-line did not diminish the manner in which conscientious business practices were pursued. The companies that I travelled with, as well as the micro-businesses that were created while we were there, honored the maker, supplier, and customer, and considered how to leave a trail of meaning in its wake. I would call this good work.

As business leaders we need to shift from our profit only paradigm as we approach everyday decisions. What if doing good was built into the fabric of our companies? What if businesses saw their own needs realized by engaging others to create meaning, not just money? And what if people were seen, helped, and healed in the process?

While using our vocation as a vehicle for change may seem obvious, the landscape of for profit businesses owned by Christians might tell another story. Killing it in business and giving your 10% away is laudable but it’s just the beginning, not the end. I believe we have been called not simply to give, or even to evangelize, but for the purpose of living into our call so that we might be transformed by the work God has set before us. We have been entrusted with these marketplace opportunities not only to affect others but to allow God’s transformative power to work within our own hearts and minds.

For those of you wanting to implement business practices to bring about meaningful change, here are a few ideas to help you live at the intersection of faith and work.

First, begin where you are and where you have influence.

For example, I was able to identify women who could benefit from going to Africa based on who I already worked with or knew. I was also able to create the opportunity where I saw a gap. Too often we think we need to abandon what we do and know in order to make a difference when in fact we have the most influence and make the biggest difference in our existing role.

Second, intentionally use vendors, manufacturers, and service providers that offer a social value commensurate with your own.

For example, we met a team in Mozambique that was building an artisan center and we committed to using them to ship products, create samples and introduce us to other artisan groups because their vision was in line with ours. As a company, you have the option to choose who to use. Make decisions that leave a positive footprint.

Ask yourself, is everyone who is affected by your pipeline impacted for good? For example, I met with each designer in preparation of our trip. I knew the success and stewardship of their businesses were as important as the artisan women we were going to serve. I knew that taking care of both groups was the key to sustainability. While in Swaziland, I had the opportunity to lead a business seminar with 40 women who were accustomed to being seen as “workers” and not as thinking, capable women. After the seminar ended, the translator shared with me that the brief seminar shifted the power in the room. It was no longer about American women coming to help or support the artisans; rather it was about the two groups mutually benefiting each other through business.

A kingdom-vision of power and sustainability is restored when we are willing to step outside the barriers of our prescribed roles. When dignity and respect are traded, not given, the playing field is all together different. From a market point of view, mutual sustainability becomes the foundation for a micro-economy that has momentum and a chance to thrive. When dignity and respect are traded, we are also living into our callings in a way that reflects God’s kingdom and leads to whole-life transformation for all involved.

Nada Jones’s mission is to help women actualize their passion through entrepreneurship. As a business strategist, consultant and coach her work is focused on creative entrepreneurial women who are in startup and early growth phase of their ventures. She is also the author of Sixteen Weeks to Your Dream Business, published by McGraw Hill and a speaker on the subjects of female entrepreneurship and calling. Nada is the producer of women’s conferences and workshops and the Editor in Chief and founder of her latest venture Liberty For Her. She is also the Founder of the Dream for a Dream initiative, a program that donates 10% of proceeds from events and workshops to women’s micro-enterprise programs. The donated funds go directly to equip women in developing countries with the resources (loans and education) needed to start up her own thriving business. 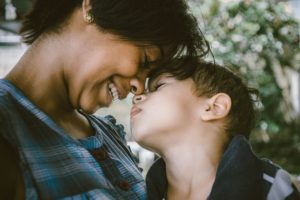 The Third Word: Woman, Here is Your Son When we think of the crucifixion of Jesus from the perspective of his mother, our… 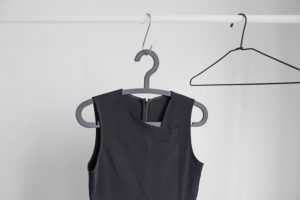 Do Clothes Make the Man or Woman? Christian living is not merely a matter of adding something new to your pre-Christian way… 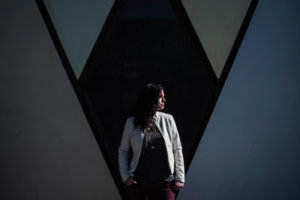 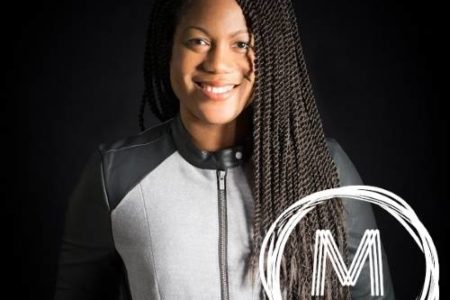 Episode 2: The Invisible Burden of Being a Black… The "Making it Work" Podcast Featuring Austin Channing Brown Hosted by Leah Archibald and Mark Roberts…