About Us / Our History

History of the De Pree Center

The Max De Pree Center for Leadership seeks to equip leaders to respond faithfully to God’s callings in all seasons of their life and leadership.

Max De Pree was the long-time CEO of Herman Miller, Inc., a Michigan-based company that revolutionized office workspaces in the mid-twentieth century with its “modern” designs. During his tenure, Herman Miller became one of the most profitable Fortune 500 companies. From 1975 to 1986, it ranked seventh in terms of total return to investors.

What is perhaps less known about Max De Pree is the degree to which he was intentional about allowing his beliefs to shape his approach to life, management, and leadership. People who knew him well describe how he was the same person in the boardroom, at church, and at home with his family.

The Max De Pree Center for Leadership was founded in 1996 by Samuel T. Reeves in honor of his good friend and fellow Fuller Seminary board member Max De Pree. Sam established the center in recognition of the profound influence Max had on leaders throughout the world–not only through his leadership of Herman Miller Inc. but also through his bestselling books, non-profit work, and mentoring.

Fuller professor Dr. Robert Banks, who was at the time a leading thinker on the role of faith in the marketplace, was the first Executive Director of the De Pree Center. He was followed by Dr. Walter C. Wright, Jr., former president of Regent College who had been one of Max De Pree’s longtime mentees. Under Wright’s leadership, the De Pree Center focused on further developing De Pree’s concept of relational leadership and exploring how beliefs shape the practice of both individuals and organizations. Dr. Gideon Strauss assumed leadership of the center in 2012. Under his direction, the center sought to develop leaders by helping them integrate their faith with their work.

In 2015, Dr. Mark D. Roberts became the executive director of the De Pree Center. Roberts, with years of pastoral and non-profit leadership experience, brought a unique perspective and vision to the center. His long-term commitment to and engagement with marketplace and other leaders helped the center focus on serving leaders so that they might flourish in all seasons of their life and leadership. During his time as executive director, Roberts worked closely with Dr. Michaela O’Donnell, then Senior Director of the De Pree Center,  Dr. Scott Cormode, Hugh De Pree Associate Professor of Leadership Development, and Dr. Tod Bolsinger, Executive Director of the Church Leadership Institute. Roberts started and remains the primary author of the De Pree Center’s Life for Leaders daily devotional.

Out of his belief in developing the next generation of leaders and his desire to focus on specific projects for the De Pree Center, Roberts stepped down from his role in 2021 in order to promote Senior Director, Dr. Michaela O’Donnell, to Executive Director. O’Donnell came to the role with years of experience leading Long Winter Media, a creative agency. She was also the primary visionary and creator of the De Pree Center’s Road Ahead program, which draws heavily on her dissertation research on entrepreneurship. O’Donnell is also the author of Make Work Matter: Your Guide to Meaningful Work in a Changing World.

O’Donnell leads a dynamic, entrepreneurial team. Under her leadership, the De Pree Center is growing in reach, programmatic development, and team capacity. The center has entered into a new era of conducting original research in order to better understand and respond to the needs of today’s leaders. Now, the De Pree Center is poised to leverage the resources of the seminary and integrate this original research with theological reflection in order to help leaders do their inner work in a distinctively Christian way so that they can impact their organizations and the people they serve in an increasingly volatile world.

Both Dale and Mary knew Max De Pree and had the opportunity to be mentored by him. Mary shared, “We learned a lot from Max about stewardship and the integration of faith and work. We know that the resources provided by the De Pree Center can really support business leaders who are striving to integrate their own faith and work.”

In a special ceremony earlier this year, Fuller President Mark Labberton installed Mark Roberts as the inaugural chair as a way to honor him for his years of faithful service to the De Pree Center. Michaela O’Donnell formally assumed the chair in May 2022.

Every generation has its grouping of distinguished leaders that contributes to shaping their field of expertise. Max De Pree is one such leader. Learn more about Max De Pree and the De Pree Center. 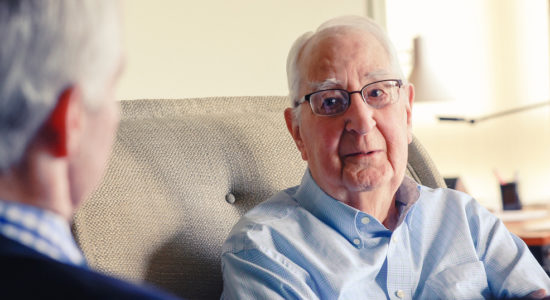 Max (1924-2017) was perhaps most well known as CEO of Herman Miller, Inc., trustee of Fuller Theological Seminary, and author of multiple leadership books. 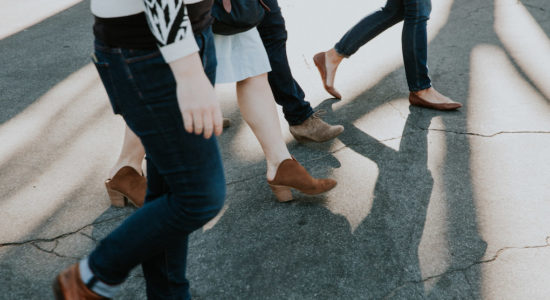