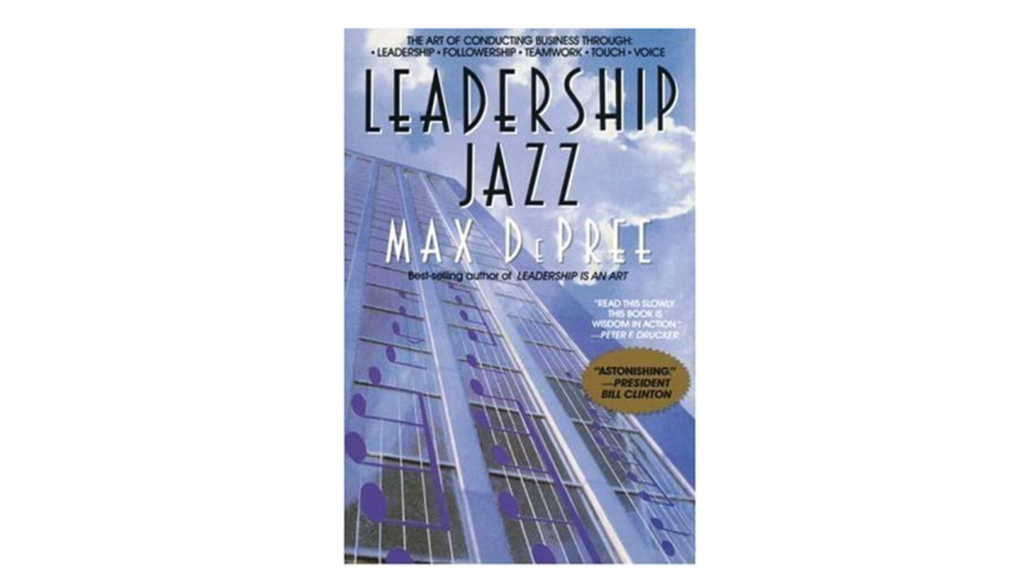 Today’s best leaders are attuned to the needs and ideas of their followers, and even step aside at times to be followers themselves

Since it was first published to wide acclaim in 1992, the bestselling Leadership Jazz has firmly placed itself among the great business classics. Former President Bill Clinton called it “astonishing,” and the late Peter Drucker advised, “Read this slowly. This book is wisdom in action.”

Now updated for first time in well over a decade, this powerful book reveals why today, more than ever, leadership is more an art than a science. Today’s best leaders, De Pree says, are attuned to the needs and ideas of their followers, and even step aside at times to be followers themselves. Filled with insightful stories from De Pree’s experience as the chairman of Herman Miller and from people he’s met along the way, Leadership Jazz reveals how to:

Complete with an extensive new introduction from De Pree on why his philosophy is more relevant now than ever before, Leadership Jazz gives you an entirely new way to look at the difficult job of leader.

Amazon Affiliate links are included in this blog post. De Pree Center earns from qualifying orders placed through links in this post.

Keep On Keepin' On - A Review To be honest, I don’t watch many documentaries. When I find enough time to view…
Max De Pree Every generation has its grouping of distinguished leaders that contributes to shaping their field of…
Vocational Gratitude: Redemption As we celebrate this Advent Season, reminded again of Jesus’ coming into the world, I…
How to Live Forever – A Review of the Book by Marc Freedman I know what you might be thinking: “Mark, I can’t believe you’ve stooped this low!…