Ivy League graduate, poet, educator, socially conscious. Rapper, activist, Chinese American. In the popular imagination, many of these identities might not fit together—and yet, meet Jason Chu. He identifies himself as a Chinese American rapper with a mission statement to “bring hope and healing to a broken world.” Jason embodies all of this through his vocational calling as a hip-hop artist.

I heard a word of prophecy, to drop a poem on top a beat
And trust that all these words could change the world…
–THE UNCOOL

Prior to finding hip-hop, Jason had a typical, yet limiting, middle-class Asian American childhood. Raised in a conservative Christian family by Chinese American parents in Delaware, Jason was reared for an Ivy League lifestyle. He went the Christian homeschool route, then to an excellent high school, and finally landed at Yale University. Despite living in a somewhat diverse community, the majority of his friends were white American and on the same Ivy League trajectory as him. One of the few things that differentiated Jason was his Asian American identity, even though he didn’t really understand what that meant at the time because of his disconnection from his cultural roots. “I’m grateful for my education and my family are wonderful people,” Jason shares. But his life up to that point felt very conventional, or as Jason put it, “I had a certain limited range of experiences.”

Chinese kid from Delaware,
no combination of who I am is supposed to be here.
–Holding On (Intro)

But music, and specifically hip-hop, was what opened his world up. The first time a friend showed him the prophetic lyrics of Lupe Fiasco or the smooth rhymes of JAY-Z, Jason felt as if his soul had been touched. The genre’s themes of community, love, mental health, and the ethnic experience spoke to his experiences, and acted as a soothe to his long nights of depression and feelings of inadequacy. Hip-hop also got Jason out of the house on the weekends and put him into contact with other kids he wasn’t in contact with before. These were the kids who wore limited edition Nikes and baggy jeans, had hands dirty with graffiti paint, and who would rap in endless freestyle sessions—all those his parents and upbringing would frown upon. In a word, music became his educator.

“I started rapping instinctively; it was just this creative urge, a pure energy,” Jason shares. His childhood bedroom had stacks and stacks of notebooks filled with free verse. Jason felt as if there were certain topics from his day to day life that he couldn’t talk about—like his emotional frustrations of being too scared to approach girls that he liked; his fragmented identity of being the only Asian face among a majority of white peers; or his family history of having very little understanding of his cultural roots outside of an eclectic grandma—that he had no social outlet to express. “Music and poetry became that for me.”

Throw the shackles off your back, pack a bag, grab a map
Find your voice, let it breathe, and you can live–free.
–Free

After college, Jason moved to Beijing, China where his perspective as an artist changed. Originally bound to work at a church doing full-time ministry during the day, Jason’s night life in Beijing’s underground rap scene fueled—and freed—his soul. Whether it was conversations with other Chinese hip-hop artists, bobbing his head along with a performance at a club, or rapping on stage, this is where Jason felt most connected—with himself, with others, and with God. This realization, along with encouragement from his Chinese rapper friends, caused him to rap about his own life—“as a first generation, Chinese American, Yale grad, self-harm survivor, and Christian”[1]—rather than mimic the lyrics and styles of others. “I began to let go of the need to look and sound ‘good,’ and instead focus on being real.”

After Beijing, Jason moved to Los Angeles, California, where he officially became a hip-hop artist. He had high hopes of recording albums, shooting music videos, and traveling on tour—all the things to make it as a musician. But he soon found himself unprepared and overwhelmed. Jason’s measure of success—millions of YouTube views, offers to do shows, and earning a living from his art—weren’t happening. His self-doubt and inner voice kept nagging, “What are you doing? You have no idea how to make music, and you definitely don’t know how to do business. Everyone here in LA is cooler, more in touch, and more talented than you ever will be.”[2]

I was raised to be great, told to be the best
Now every project I release that fails just gives me stress
–Free

Defeated and depressed, and close to his one year anniversary in Los Angeles, Jason traveled to the big island of Hawaii to participate in a short-term visiting-minister’s program for young Asian Americans. Life was starkly different there—from the environment, to the pace of life, and perhaps most importantly, to concerns of the people. Jason saw the love of a small-town community when he attended church funerals; he witnessed the excitement from rural school children when he performed at their schools; and he felt the longings and losses of high schoolers struggling with sex, love, failure, depression, and God. These experiences inspired Jason to write songs about the concerns of the millennial generation—from the Internet and porn, to divorce, depression, and hope which then transformed into his first full-length album, “MILLENNIAL.”

I’d rather be hungry, humble, and blessed
Than have a million in the bank, with a life of regrets
Or be on top of the world, and have a price on my head
–THE UNCOOL

Jason’s perspective altering stint in Hawaii gave him the momentum to kick start his music career. To date, he has launched seven albums and performed several hundred shows across the country and internationally. His songs cover a wide range of topics: from the profoundly personal, like his history with self-harm and depression in “Red Lines,” or his struggles with porn and sexual addiction in “no angels;” to the authentically religious, like his growing conception of the divine in “My God,” or the need for interreligious understanding in “ChristianMuslim;” and to the inspirational, like his conviction that being superhuman isn’t what makes you a hero in “MARVELS,” or his plea for those of influence to speak up against things like racial injustice in “Sound and Fury.” Jason has been steadily growing into his musical stride, message, and voice.

Yet as he gets older, has gotten married, and has shifting priorities, Jason desires to make his work more sustainable. This is why he recently began working with Fuller Theological Seminary’s Asian American Center (AAC), an organization that seeks to equip, enrich, and embolden the Asian American Church. Jason believes that the goals of his music and the AAC intersect: he is creating a message grounded in his own embodied experience via music and art, while the AAC is creating a message grounded in the rich and complex Asian American experience via theology and ministry.

A hero isn’t about being super
We become heroes because of what makes us human.
–MARVELS

The cool thing about Jason Chu is that despite what venue he finds himself in, he always comes back to his vocational calling of bringing hope and healing to a broken world. He wants to challenge people to go beyond soundbites and develop the humility to engage first before assuming the worst about each other. He desires to reclaim our human to human contact over against our habitual interactions with screens or media or consumption. And whether it’s through his music, videos, shows, or work with the AAC, he constantly pushes the message that “hope is real and that healing happens, even in the broken and messy world around us.”[3]

To learn more about Fuller’s Asian American Center, or what they mean when describing topics like “Asian American identity,” visit their blog here. 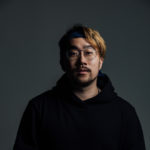 Jason Chu is a rapper on a mission to speak hope and healing in a broken world. He tells stories of a generation wrestling with fear and joy, greed and hope, hurt and healing.
For more information, visit jasonchumusic.com and youtube.com/jasonchumusic.

Following Jesus Today: Healing Beyond Healing Healing was central to the ministry of Jesus. When he healed people, he demonstrated the…
Bringing Up Children The positive exhortation for fathers is to bring up children “in the training and instruction…
Episode 55: Re-creation in a Broken World Sam Thevanayagam is the president and CEO of three companies—Parts Life, Inc., DeVal Lifecycle Support,…
The Tragic Results of a Broken Covenant One part of that covenant is to care for the earth (Genesis 2:15). When we…