Calibrated for a World that No Longer Exists

The church as we know it is calibrated for a world that no longer exists. We are used to the image of calibrating things.  We set our clocks to the standard of our cell phones and we know how to dance in time to music.  Farmers calibrate their work to match the changing seasons and plant their crops according to the climate in their areas.  We know what it is like to calibrate our labors.

And we recognize that those needs are constantly changing as the world changes. We all know that the era of Christendom has ended in that the culture no longer assumes all “good people” go to church, and that the denominational structure that once bolstered our congregations is crumbling.

Indeed, it is not just the religious world that has changed.  The Internet has transformed how people get information, social media has changed the meaning of community, and the post-2008 economy now expects more labor-hours from the average worker.  The basic assumptions about time, money, and community — and about membership, Bible study, and ecclesiology — have all changed.

But congregations act the way that they did before the climate changed; and congregants often wish that the world would just go back to the way it once was.  The mental models that we Christians hold about the rudiments of church (about things such as worship, teaching, and fellowship) were formed in the mid-twentieth century – long before massive social changes transformed the meaning of almost every institution in society.  As the theologian Dwight Zscheile wisely observed, “God’s promises in Christ are steadfast, but the shape and future of the church in America is increasingly uncertain” in an ever-changing world.[i]

The problem is that the pace of change is accelerating.  There was a time when the church could absorb the initial shock of social change, wait for things to settle into an equilibrium, and then learn from those who have already adjusted to that new reality.  But the wait-and-copy strategy will not work anymore.  For most of the church’s history, Christians had up to a century to recalibrate in the face of a disruptive change like the Industrial Revolution.  Even in the twentieth century, the church typically had a generation to recalibrate to changes like the advent of the automobile or the rise of suburbia.  But, now, changes come every decade. And there is not enough time to adjust before the next change is upon us.  The problem is not just disruption; it is dislocation.  The changes have not just disrupted us; they have relocated us to the margins.  We could once expect that there would be enough time between dislocating changes for things to settle into an equilibrium.  Not anymore.  There is not enough time between changes before the next wave hits.  The wait-and-copy strategy will no longer work because we live in what one scholar has called “a world of permanent white water.”[ii]  The next wave will always come before we have adjusted.  We will need to learn how to live in an ever-changing culture.

Is the world really that different?  Look, for example, at the last twenty years.  They will show us how change has come so fast that we cannot use old strategies to keep up.  Twenty years ago, the late 1990s brought the rise of Internet and the dot-com boom/bust.  In the Internet era, information demands to be free and accessible.  It de-centered the value of experts like churches.  People will now choose easily-accessible-but-wrong information rather than difficult-but-correct information.  And it has meant that the churches have to compete with every website and blogger that makes claims about how the world should be.  But before the church could adjust to the new Internet reality, 9-11 happened.  And the world changed again.  And just as we were making sense of this new situation, the housing market collapsed in 2008 and plunged the nation into the worst economic turmoil since the Great Depression.  Indeed, every kind of organization – whether business, church, school, or nonprofit – had to recalibrate its business model.  Most Christian organizations still have not recovered.  At the same time, the smartphone and Amazon reinvented commerce.  Many robust companies did not survive.  And those that did often asked their employees to work much longer hours.  And now, in the last few years, we are adjusting to the Trump Era, where even facts are controversial.  The landscape is so divided that preachers feel trapped.  For most of American history, Christians expected their ministers to comment on the news of the day.  But that has become dangerous.  Just last week, something happened in society.  A significant portion of my congregation expected my pastor to respond from the pulpit, and a significant portion thought the preacher had no business responding.   The church had to respond lest it lose its credibility and it could not respond lest it lose its credibility.

There is no time, however, to wait to figure things out.  By the time that the church figures out how to respond to this social change, a new one will be upon us.  We cannot wait for things to settle down before responding to change. The tune keeps changing just as we learn the rhythm.  We must figure out how to recalibrate on the fly.

The world is changing so fast that many of us don’t know how to keep up. The old way for churches to adjust was to wait until someone else figured out how to respond to social change, and then copy their ideas.  But the world is changing so fast that the wait-and-copy plan no longer works.  And for the few churches that do come up with a good response to some social change, another temptation awaits. Congregations are tempted to make a change, and then to freeze that change.  Think, for example, about changes in how we worship.  In the late nineteenth, cutting edge Protestant churches incorporated organ music into their services.  This was a controversial move.  Established theologians opposed what they called the “innovators” who were spoiling the plain worship of God with their ostentation.[iii]  And, of course, by the twentieth century, congregations had become so accustomed to organ music that there was an anguished cry when innovators replaced organs with guitars.  Once a change has been legitimated, congregations often demand that the change become permanent – even when the culture has moved on to something else.  Neither the wait-and-copy strategy nor the change-and-freeze plan will help us.   But clinging to these strategies means we are dancing to the rhythm of a song that is no longer playing. We need a way to recalibrate – to keep from getting out of touch with the needs of the world.  And that will take innovation.

[ii] Peter Vaill, Learning as a Way of Being: Strategies for Survival in a World of Permanent White Water (Jossey-Bass, 1996) 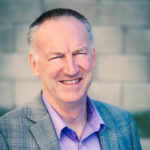 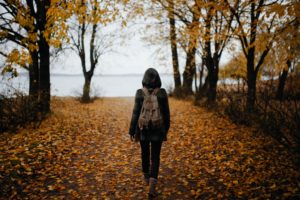 Going Deeper and Longer in Prayer Short prayers are just fine. But sometimes, like Jesus, we need to devote more time… 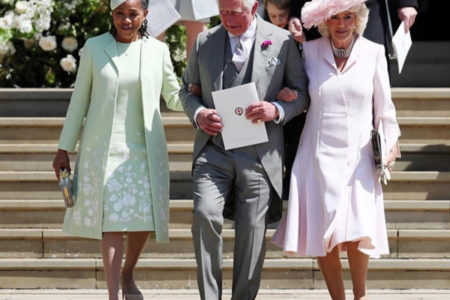 What in the World?!?!? This is the look we should have whenever we think about how much God loves… 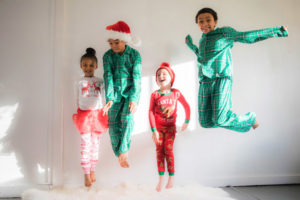 Joy to the World in Lent? Today, we explore Psalm 98. Almost three centuries ago, this psalm inspired an English hymn… 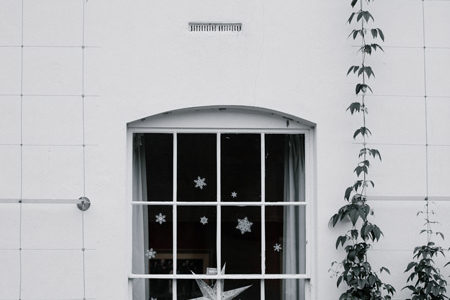