Jesus of Monday Mornings: A Meditation on Epiphany

The Christmas season is over. We’ve put away nativity scenes and unstrung our lights. That distinct festivity is no longer in the air. Another year has started, and while this can be an exciting occasion for many—time for resolutions and fresh starts—it can also feel like the great Monday morning of the year. Back to work, back to the daily grind.

In the Church’s liturgical calendar, when the Christmas season passes, we come to the day of Epiphany, traditionally celebrated on January 6th.  Epiphany recalls the boy Jesus being presented to the Magi. It celebrates the new-come Lord being presented to the world. When Christmas passes, and I feel the weight of the new year already rushing on, I’m grateful for this scene.

Picture the boy Jesus, likely far from pristine, because he’s a child after all. Dirt on his knees maybe. Or some stain on his clothes. After all of the Christmas fanfare, the Church remembers that the Lord who was born grew up to live a life. Before the wedding at Cana, before he mobilized his ragtag crew of disciples to change the world, Jesus simply lived. The boy worshiped grew up to be a person who ate, who slept, who played, who worked, over and over again—just like the rest of us. He waded through his teenage years. He became a young man who got splinters as he learned to work wood, developed calloused hands as he worked his craft day in and day out.

The Son of God lived through the grind of Monday mornings year after year. Jesus knew the cycle of days—their demands, their thrills, their redundancy. For the decades between his birth and ministry, Jesus woke up at the beginning of a day and slept at the end of it. He went through all the earthly motions that make up a life.

Before the wedding at Cana, before he mobilized his ragtag crew of disciples to change the world, Jesus simply lived. The boy worshiped grew up to be a person who ate, who slept, who played, who worked, over and over again—just like the rest of us.

There’s a lot of talk during Christmas time of Immanuel, God coming to be with us. In Epiphany, we remember he didn’t leave, not for a long while.

We often wonder about how the mundane nature of our everyday life and work can be somehow made to touch the things of the divine. We ask the question a lot here at the De Pree Center about what it looks like for our faith to meet our work. Sometimes, in the thick of our work, it’s hard to come up with an answer. But I’m comforted by the reality that we don’t always have to find a way to make our ordinary days meet heaven, because heaven already came down to meet our ordinary days.

At times when we ask what the cycle of our work has to do with our faith in Jesus, maybe sometimes it’s enough to remember that they are already redeemed, somehow or another, by God’s touch. Jesus lived life alongside us, and that is sometimes all I need to get through a day. In the Monday morning of a new year, I’m grateful and blessed for a Lord like this.

This article was originally published on January 5, 2018. 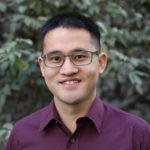 Jerome Blanco is the De Pree Center’s editorial coordinator. He received his MDiv from Fuller Seminary and his MFA from New York University.