Leading in a Crisis: Don’t Do It Alone

And after Paul and Barnabas had no small dissension and debate with them, Paul and Barnabas and some of the others were appointed to go up to Jerusalem to discuss this question with the apostles and the elders. . . .

Then the apostles and the elders, with the consent of the whole church, decided to choose men from among their members and to send them to Antioch with Paul and Barnabas. . . .

For it has seemed good to the Holy Spirit and to us to impose on you no further burden than these essentials. . . .

Leadership is often a lonely business. Even in collegial contexts, there are times when leaders need to stand alone in making difficult decisions.  As Ronald Heifetz and Marty Linsky observe in Leadership on the Line, “[E]xercising leadership might be understood as disappointing people at a rate they can absorb” (p. 142). Disappointing people and receiving their unhappy responses certainly amplifies the loneliness leaders can feel.

Surely there are times when leaders need to move quickly and decisively, using the unique authority given to them. We may well need to stand firm even if we stand alone. But even if a leader ultimately needs to make a hard call, it’s important that we do not isolate ourselves in the decision making process in times of crisis. Part of what God gives us for crisis leadership is the wisdom, knowledge, giftedness, and support of our Christian community. When leading in a crisis, if at all possible, don’t do it alone!

We see a stirring example of shared leadership in a crisis in the Book of Acts. The crisis began when Gentiles started responding favorably and in great number to the good news of salvation in Jesus Christ. This happened in many cities of the Roman Empire, including Antioch in Syria. There, Jewish Christian preachers did not require male Gentile converts to do as Jewish converts would have done and get circumcised. The preachers believed faith alone was required, not circumcision. But some Jewish Christians from Judea came to Antioch, insisting that all male Christians be circumcised according to the Jewish law. This was a crisis of multiple dimensions for the early church because it threatened the success of the Christian mission, the integrity of the gospel they preached, and the unity of the early church.

We can learn much from how church leaders handled this crisis. The Christians in Antioch appointed several local leaders, including the Apostle Paul, to go to Jerusalem to discuss the problem with church leaders there (Acts 15:2). In Jerusalem, a group of leaders met together “to consider the matter” (Acts 15:6). After “much debate” (Acts 15:7), the Apostle Peter encouraged the group not to require circumcision of new believers. Paul also spoke to the assembly, laying out his perspective and experience. The “whole assembly” listened respectfully to Paul, including those who disagreed with him (Acts 15:12). Finally, James, the leader of the Jerusalem church, spoke. He agreed with Paul and Peter that Gentiles should not have to be circumcised (Acts 15:19).

At this point, “the apostles and the elders, with the consent of the whole church,” chose people to go to Antioch to communicate the church’s decision (Acts 15:22). These messengers brought a letter that said, among other things, “For it has seemed good to the Holy Spirit and to us to impose on you no further burden than these essentials. . .” (Acts 15:28). Circumcision would not be required, which gladdened the hearts of the Antiochian believers (Acts 15:31).

As I study this story, I’m struck by how these early Christians exercised leadership in the midst of the biggest crisis they had known. Notice that the leaders in Antioch chose to consult with the leaders in Jerusalem. This consultation happened with many people present. Both sides of the debate were well represented and their opinions were respected (Acts 15:12). Though the “no circumcision” folk prevailed, a compromise of sorts was reached to assuage concerns of the “pro-circumcision” folk (Acts 15:20-21). The so-called Jerusalem Council acted “unanimously” in appointing representatives to communicate with Antioch (Acts 15:25). They believed their decision was guided by the Holy Spirit, though they recognized their own responsibility in making the decision (Acts 15:28).

This story from Acts 15 illustrates the wisdom of shared leadership in a time of crisis. Surely the Antiochians could have acted alone. So could the leaders in Jerusalem. The ones with greater authority could have wielded it without consulting others and listening to their side. But, in fact, the leaders chose to discuss, to acknowledge differences, and to seek the Lord together. This led to a decision that supported the mission to the Gentiles, acknowledged some Jewish concerns, and strengthened rather than weakened the unity of the early church.

The account of the Jerusalem Council encourages us not to isolate ourselves as leaders, especially in a time of crisis. We need the perspective, savvy, challenge and suggestions of our brothers and sisters in Christ. We also need their support, prayers, and love. The Holy Spirit speaks and guides as the community of God’s people unite their minds and hearts to seek God’s will together. Even when we are sheltering in place, we can use technology to facilitate the sharing of wise counsel and corporate discernment.

Are you inclined to be collegial in your decision-making? Or do you prefer to make decisions on your own? Why are you the way you are?

Have you experienced the loneliness of leadership? When?

In that lonely time, did you reach out to others for advice and support? Why or why not?

Who are the people in your life to whom you regularly turn for wisdom, support, challenge, and accountability?

Are you facing a decision for which you could use the wisdom of at least one other person? If so, why not ask for that person’s counsel?

Gracious God, thank you for the example of leadership in Acts 15. As the early Christians faced a threatening crisis, they chose to lead in community with others. Their example teaches us and inspires us.

Help me, Lord, to exercise my leadership as a member of the body of Christ. Even if ultimately authority rests on my shoulders, may I be open to the insights and challenges of others.

In this day when leaders are facing the crisis of COVID-19, we ask you to help them reach out to others. Keep them from isolation. Help them to learn from others and to be loved by others. Amen.

Explore more at the Theology of Work Project online
commentary:
Leadership and Decision Making in the Christian Community (Acts 15)

You can access all of our Life for Leaders devotions HERE.

Learn more about the Max De Pree Center for Leadership

You can learn more about the De Pree Center and its resources HERE.

Free Subscription to Life for Leaders 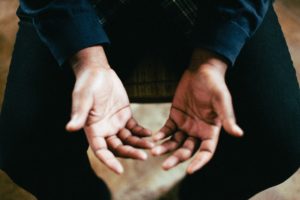 Leading in a Crisis: Let Go and Know God Being still includes but isn’t only a matter of quietness. Yes, it’s slowing down our… 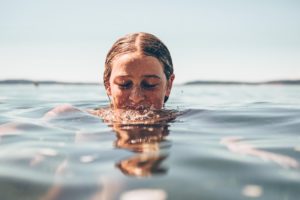 Leading in a Crisis: The Need for Vulnerability Our relationship with God will help us be leaders who are unafraid to be fully… 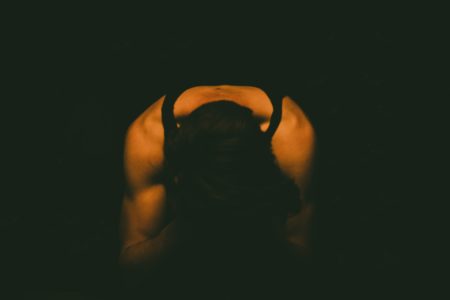 Leading in a Crisis: Where Should You Start? Leaders mustn’t be governed by emotions, of course. They need to exercise all of their… 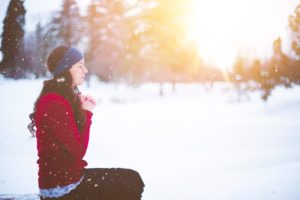 Leading in a Crisis: Before the God of Heaven Nehemiah’s example invites us to examine our own leadership. Are we, like Nehemiah, inclined to…