Let’s Change How We Ask About Calling

I hate icebreakers. Maybe it’s the introvert in me. Or maybe it’s because I’m Irish and my face heats up every time I’m put on the spot. Either way, I hate icebreakers. Four or five years ago, during one such icebreaker, I was paired up with a man and asked to talk about our jobs. He told me he was a Baptist minister. Then it was my turn. I have such a hard time explaining my work to people in quick sound bites. I told the man that I am a small business owner, a consultant, writer, film producer, a theology professor, a doctoral student, and mother. He was rightfully overwhelmed. Trying to find a way forward he asked me which one on my list was my real passion—which one had God called me to? His question immediately frustrated me—meaning that my face turned from pink to beet red. I remember fumbling over my response; unable to find the right words why I thought his question was so unhelpful.

If I could get a do-over in that conversation I would want to share three things:

1. Passion isn’t the holy grail of work. In Christian circles, we are inundated with messages about finding work we are passionate about. From college commencement speeches, to career counseling, to casual conversations with friends the advice we too often give each other is about finding our passion and then deciding on work that lets us fulfill that passion. This is really problematic. Sure, there will always be a portion of people who know what they love early on, but for most of us it takes a lot of experimentation and time to understand what we love to do. Instead of trying to steer each other toward passions, we might instead try to steer each other toward experimentations.

Not counting the dozen or so businesses I started as a kid, I have founded or co-founded three businesses as an adult. My first company started as an experiment because I couldn’t find a job in the Recession and I had to pay bills. My second company was the result of three great minds thinking creatively about technology. It was a complete flop. The third is my personal consulting firm—something that I am quite passionate about. Who knows, it might flop too. The point here is that when I first started working—even after achieving advanced degrees—I had no idea what I was passionate about. I had to try stuff. Trying stuff led to more stuff. And lots of trying led to understanding myself a bit better. Passion isn’t the holy grail of work. Instead, it is experimentation that breeds formation.

2. The way we work is changing. The way humans work in the West has shifted substantially over the last three hundred years. We have moved from an agricultural to an industrial to an information society. Broadly speaking, in agricultural societies, people’s work was determined by their social location—ie: if one’s father was a baker his son was also expected to be a baker (I do mean to use a gender exclusive example here. Women were largely relegated to non-professional work). With the Industrial Revolution, came broadened choices for work. New technology created new demand for workers. Possibilities for individuals were reimagined.

Today, we find ourselves amidst another shift. Forces such as globalization and technology are rapidly redefining the way we will work in the age of information. For instance, studies estimate that 35% of the U.S. economy is part of the gig-economy—meaning that they engage in temporary or independent contractor working situations. Some scholars argue that number could rise to 50% by 2020! This is on the one hand liberating in that work choice may once again be widened. On the other hand, it is completely destabilizing in that vulnerable populations chance to get left behind. For the church to effectively engage in vocation issues like health care, immigration, gendered systems and more will surely need to be addressed.

3. God calls us to work, not to jobs. In our new age of work more people will have work instead of jobs. We will be required to build our own portfolios of work rather than a resume with long tenures at impressive places. This has long been true in certain industries such as advertising, film and construction. But as we shift from thinking about jobs to work in other fields, the Church might help us imagine what it means for people to be called by God into work instead of jobs. Amidst the accelerated rate of change, we will be surrounded by chaos. In this, we will long for stabilizing voices and places. Our longing for Christ’s tethering presence will heighten not diminish. And because the narrative of Christ is both stabilizing and also completely chaotic it can help prepare us for the changes that lie ahead.

The Church has always been a place for people to discern God’s many callings—including work. Going forward, the Church must prepare people to deal with the tensions of a changing world. To do this, we need to wade through complexities rather than unhelpfully simplify what it means to be called by God into work. So instead of asking, “What job has God called you to?” We might instead ask, “Where do you sense God’s callings in your work?” People will inevitably be required to chart their own course. Will the Church come alongside them in doing so?

Editor’s Note: This is the first in series about the changing landscape of work and the resulting implications for the church. 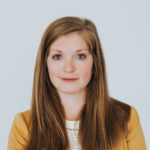 Dr. Michaela O’Donnell Long is the senior director of Fuller’s De Pree Center for Leadership. She is also the co-founder of Long Winter Media, a creative agency that helps brands make an impact. Michaela teaches as an adjunct professor of Practical Theology and Leadership at Fuller. 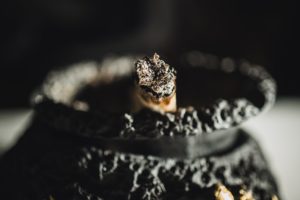 Adaptive Change: What Will It Cost Them to Change? Adaptive change is painful because people lose something; it costs them something. 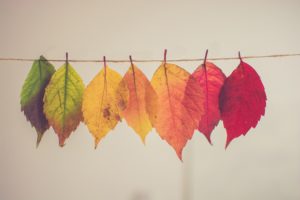 Seasons Change Your encouragement of me as a writer and thinker has been kind and generous. Thank… 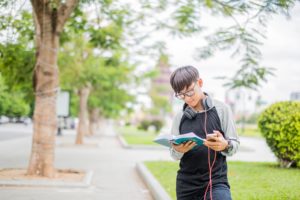 Words to Change Your Life Some of the most important, life-changing words you’ll ever encounter are found in Ephesians 2:8-10:… 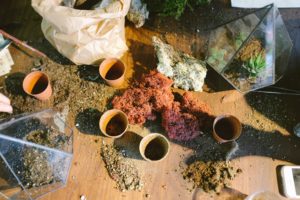 Opportunity In The Midst Of Change As we start a new year, in both my life and work, change feels like…