Episode 34: Jesus at the Joystick: Can Video Games be Spiritual?

The “Making it Work” Podcast 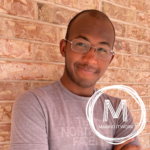 Does spiritual development have to be dull? Or can growing with God be more like a game? Our guest today, Xalavier Nelson Jr., is a BAFTA-nominated narrative director and game developer. He creates video games that communicate spiritual truths in places where they’re perhaps least expected. People playing games such as Hypnospace Outlaw, or Can Androids Pray, or any number of the many games Xalavier has worked on, find themselves connecting with their shared humanity and examining the big questions of life, even as they solve puzzles in a futuristic universe inhabited by robots. Today, we’re talking to Xalavier about how games, including his latest release, An Airport for Aliens Currently Run by Dogs, can connect us to God’s truth and to each other.

Podcast Episode originally hosted HERE by the Theology of Work.

The Spiritual Aspect of Leadership, Part 1 Early on in my career, as a young professional, a new benchmark for success made…
The Spiritual Aspect of Leadership, Part 2 In addition to setting spiritual intentions for my days, I also take stock of the…
To Do Spiritual Battle, Major in the Majors For many of us, the notion of spiritual warfare feels foreign. We’re not apt to…
Making a Searching and Fearless Spiritual Inventory My point is that the description of the armor of God can give us an…