Jesus went on with his disciples to the villages of Caesarea Philippi; and on the way he asked his disciples, “Who do people say that I am?”

The best leaders change the way that we see the world by changing “mental models” – just as Jesus did.

The best leaders change the way that we see the world.  And they change the way we see the world by changing what are called “mental models.”  Mental models are the categories we use to make sense of the world.  We take them for granted.  For example, picture an automobile.  Go ahead, conjure up the image in your head.  Some of you may picture a Volvo and others a Buick.  But no matter what make and model you picked, it’s likely you each of you pictured it having four wheels.  Why? Because a car should have four wheels.  If I showed you one of those “concept” cars with only one front wheel, you would likely say to yourself, “That’s not how a car should look.”  Your mental model of a car includes it having four wheels.

That’s a rather innocuous example.  So let’s consider a different one.  What’s your mental model of a preacher?  Ask a group of seminary students about what a preacher should be and you’ll likely get many answers.  One might say, “A man standing in the middle of a stage with a black Bible open in his left hand as he talks through a passage verse by verse.”  That’s one way of being a preacher.  It’s probably not the way you would preach.  But think about that student.  If all she has ever seen is an open-Bible guy, she is likely to think that all other ways of preaching are as strange as a three-wheeled car.

The essence of Christian leadership is to transform people’s mental models so that God’s people use Christian categories to make sense of their lives.  Look at Mark 8.

The center of Mark’s gospel turns on Jesus’ reconfiguring the disciples’ mental models and then showing how that reconfigured understanding changes the way that they acted in the world.  Starting at Mark 8:27, Jesus talks to the disciples about the mental models that the crowds used when they tried to make sense of Jesus.  “Jesus asked his disciples, ‘Who do people say that I am?’ And they answered him, ‘John the Baptist; and others, Elijah; and still others, one of the prophets’” (Mark 8:27-28). They were not sure what to make of Jesus. So they reached back into history to look for precedents. They looked for a mental model that would fit their understanding of Jesus. And the best model they could find was the idea of a “prophet.”  So that is how the crowds interpreted Jesus.

Jesus knew that what the disciples had the wrong mental model; what they understood by a Messiah was not what he intended to be.  They expected him to be a king who would sweep away the Romans and set up a kingdom that would conquer its neighbors.  But Jesus did not intend to be the king that the disciples hoped for him to be. So he explained to them what he meant by a Messiah: “Then he began to teach them that the Son of Man must undergo great suffering, and be rejected by the elders, the chief priests, and the scribes, and be killed, and after three days rise again. He said all this quite openly” (Mark 8:31-32a).

Jesus offered a new mental model for interpreting this fundamental identity called Messiah.  He described the Messiah as one who suffers. And the disciples did not react well to Jesus’ attempt to teach them.  Peter found this new mental model so offensive that he tried to correct Jesus. “Peter took him aside and began to rebuke him. But turning and looking at his disciples, he rebuked Peter and said, ‘Get behind me, Satan! For you are setting your mind not on divine things but on human things’” (Mark 8:32b-33). Jesus pushed Peter and the disciples to accept this new mental model. He wanted them to see the Messiah as one who suffers in order to redeem rather than one who conquers in order to reign.

How will you know if you, like the disciples, carry a distorted mental model of Jesus?

What Scriptures have surprised you and pushed you to a new understanding of Jesus?

Who has the permission to tell you that you are wrong – and you will believe them?

God, help me see you as you really are – not as I want you to be and not as I was taught you should be.  And allow me the humility to accept the gift of community, even if that community invites me to examine (or even abandon) some cherished idea. Amen.

A Note from Mark

I am pleased to introduce you to the writer of today’s devotion. The Rev. Dr. Scott Cormode is the Hugh De Pree Professor of Leadership Development at Fuller Seminary. In this role, Scott works as a professor in the School of Theology and a key advisor/thought leader at the Max De Pree Center for Leadership, where I work. (Hugh was Max’s brother, by the way.)

Scott is also the author of a brand new book, The Innovative Church: How Leaders and Their Congregations Can Adapt in an Ever-changing World. In this book Scott helps to answer a crucial and timely question: “How do we maintain a rock-solid commitment to the unchanging Christian gospel, while at the same time create innovative ways to express that gospel to an ever-changing world?” I’m excited about this book and eager for you to get to know it. So I asked Scott to write several Life for Leaders devotions based on The Innovative Church. Today’s devotion is the first of four that will run this week and next. I know you’ll be challenged and encouraged by Scott’s writing here in Life for Leaders as well as in his new book. 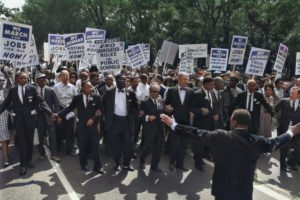 Mental Models, MLK, and Christian Innovation Mental models define how we think things “should” be.  They create, without our knowing it,… 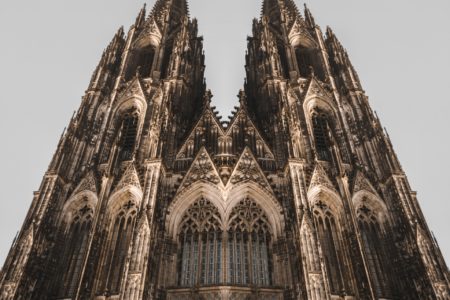 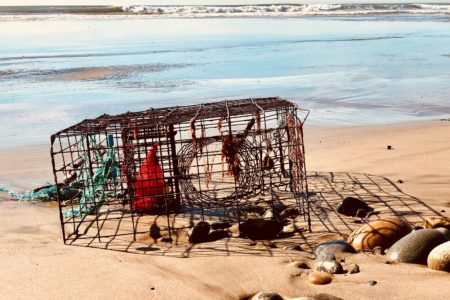 The Wrong Mental Model Can Trap You Congregations can also trap individuals within a story. For example, I was not sure I…