The Curious Meaning of “God”

“In the beginning when God created the heavens and the earth, the earth was a formless void and darkness covered the face of the deep, while a wind from God swept over the face of the waters.”

I began ​yesterday’s Life for Leaders devotion​ by pointing to the introduction of Pip in Charles Dickens’s novel, Great Expectations. Pip appears in the first paragraph of the novel, in which he explains the derivation of his strange name. Though officially Philip Pirrip, the boy couldn’t say his proper name when learning to talk. Instead, he referred to himself as “Pip,” and the nickname stuck.

The very first verse of Genesis introduces us to God. The word “God,” which serves here almost as God’s name, is rather like the name “Pip” in that it raises some interesting questions. Though we don’t see what’s peculiar about “God” in English translations, in the original Hebrew the oddness stands out plainly. The Hebrew word for “God,” ‘elohim, is actually plural in form. The most obvious translation of this word would be “gods” (so Ps 96:4-5). But the verb in verse 1, “created” is singular, not plural. This indicates that the correct translation of ‘elohim is “God” and not “gods.” The tension between the plural ‘elohim and the singular “created” suggests that something curious is going on here.

The singularity of God would certainly have been unusual in the Ancient Near East, where the nations recognized a plethora of gods. The oneness of Israel’s God set the Israelites apart from their neighbors, both perplexing and sometimes fascinating them. The fact that God’s people would not recognize the reality of other gods sometimes got them into a mess of trouble. But, for the most part, they held fast to the profession captured in The Shema of Deuteronomy 6:4, “Hear, O Israel; The LORD is our God, the LORD alone.”

Yet, we wonder why, if God is one God, the biblical text uses the plural ‘elohim to identify God when it could just as easily have chosen singular words for God, either ‘el or ‘eloah. As you can imagine, scholars offer differing explanations for this phenomenon. Some see it merely as a linguistic oddity. Traditionally, the plural was regarded as indicating the majesty of God, much as a sovereign ruler might refer to himself or herself as “we.” More recently, commentators see the plural as a “reference to intensification or absolutization or exclusivity” (NIDOTT, ‘elohim). Christian interpreters, reading Genesis from the perspective of Christian theology, see in ‘elohim a hint of the Triune God, who is both singular and plural, one God in three persons.

No matter which of these explanations you prefer, what I find fascinating about the singular/plural puzzle in Genesis 1:1 is the idea that God, even from the first verse of the Bible, can be known but not fully known. God is always more than we can completely understand. God, even as he makes himself known to us, resists being put in a box. Yes, God is one. But God is not merely one, not simply one, not one in a way we can control with our knowledge. The more we know God, the more we realize that God is so much more than what we know, so much more than the One whom we know. Thus, we know God with confidence and humility. We know God now, yet seek always to know God more deeply, truly, and intimately.

Thank you, Gracious God, for making yourself known to us. Thank you for using words that convey to us who you are and what you have done. Thank you for the confidence we can have in our knowledge of you.

Dr. Mark D. Roberts is the Executive Director of Fuller’s Max De Pree Center for Leadership, where he is the principal writer of Life for Leaders and the program lead of the Third Third Initiative. Previously, Mark was the senior pastor of a church in Southern California and the Senior Director of Laity Lodge in Texas. Mark has written eight books, dozens of articles, and over 2,000 devotions that help people discover the difference God makes in their daily life and leadership. With a Ph.D. in New Testament from Harvard, Mark has taught at Fuller Seminary, most recently in his D.Min. cohort on “Faith, Work, Economics, and Vocation.” Mark is married to Linda, a marriage and family counselor, spiritual director, and executive coach. Their two grown children are educators on the high school and college level. 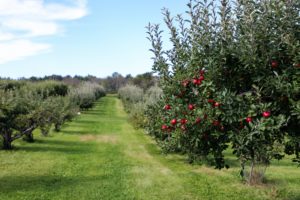 The Meaning of Christian Leadership We Christians spend our days and nights like farmers; we are tending the people whom…

One thought on “The Curious Meaning of “God””