When the people saw that Moses delayed to come down from the mountain, the people gathered around Aaron, and said to him, “Come, make gods for us, who shall go before us; as for this Moses, the man who brought us up out of the land of Egypt, we do not know what has become of him.”. . . They rose early the next day, and offered burnt offerings and brought sacrifices of well-being; and the people sat down to eat and drink, and rose up to revel.

You can read the whole story here.

In a story woven through with appearances of the glory and majesty of God, have we thrown a party for any golden calves instead?

Today, we begin with the Old Testament banquet, rejoining the Exodus story at the very foot of Mount Sinai. For eleven chapters (Exodus 20-31), Moses has been on the mountain receiving instruction from God. God gives Moses a number of laws for the Israelites to live by and then, after a brief service of sacrifice at the foot of the mountain in Exodus 24 and an appearance of God’s glory to Israel’s leaders, Moses is instructed by the Lord to return to the mountaintop. The second time Moses goes up, he waits for nearly seven days observing the Lord’s glory in a cloud, and then enters the cloud for forty days and forty nights (most of which the Bible tells us are spent in an architecture lesson on how to build the tabernacle where God will be worshipped).

Meanwhile, the Israelites are getting a little restive at the bottom. Moses has delegated leadership to his brother Aaron and to Hur (Exodus 24:14), so the restive group complains to Aaron: “Come, make gods for us, who shall go before us; as for this Moses, the man who brought us up out of the land of Egypt, we do not know what has become of him.” (Exodus 32:1).

Forty-seven days is a long time, to be sure. Yet these were people who had seen many wonders. They had observed the plagues, they had escaped through the Red Sea, they had followed a pillar of fire and cloud, they had eaten manna. Even as they complained, they could see the fire and cloud on top of Mt. Sinai where Moses was (Exodus 24:17). Had they forgotten those things? Or did they think that this was the end of the road following Moses’ god, who had apparently burned him up on top of the mountain, and they needed to find a new patron? We do not know.

At any rate, Aaron—who really should have known better, as he had seen the living God (Exodus 24:9-11)—gives in. The sacrificial ceremony and banquet that follows seems a lot like what Moses presided over in Exodus 24, but it has one big difference—the golden calf. Golden calves like this were worshiped by several groups in the ancient Near East as representations of their gods. The Israelites were turning their back on their exclusive devotion to the one God. And they were deliberately breaking the laws God had just given them in Exodus 20:3-4. And they had a party about it.

The story does not end well. Moses comes down from the mountain and destroys the tablets on which the Law is written out of anger. (God makes new ones eventually.) He grinds up the golden calf and makes the people drink it. Aaron lies about his role in the whole thing. There is a fight in the camp, and lots of people die. Then God sends a plague to top it all off. It’s not a pretty tale.

Some of that veering off course—as well as the remedy God prescribed—will form the story of tomorrow’s devotional. In the meantime, we would do well to ponder the impatience and the failures of leadership that led to this particular banquet. In a story woven through with appearances of the glory and majesty of God, have we thrown a party for any golden calves instead?

When have you seen the glory of God? What was your reaction?

Are there “golden calves” in your life that have distracted you from God’s glory?

Discuss today’s questions with a trusted friend or small group.

Lord Jesus, we are sorry for the times we have been unfaithful to your mission. We are grateful that you are a God of grace. We ask you to help us search our hearts and repent so that we can become better leaders, better followers, and better disciples. Amen. 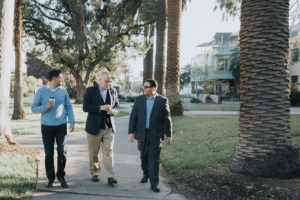 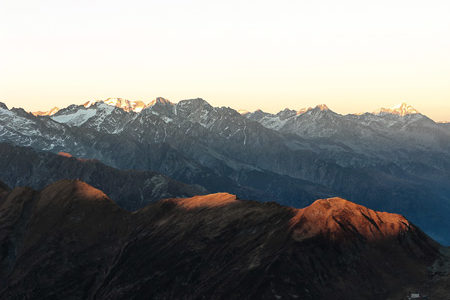 The Golden Hour Heaven is all around us, and the Spirit of God invites us to awaken to…

One thought on “The Golden Calf”