When Leadership Is Deeply Personal – Part 2

[Joseph] turned away from them and wept; then he returned and spoke to them. And he picked out Simeon and had him bound before their eyes. 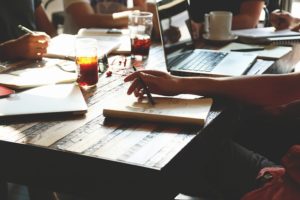 In yesterday’s Life for Leader devotion, I began to reflect with you on what happens when leadership is deeply personal. Sometimes, of course, we lead mostly as a matter of thinking or habit (both of which are personal in way, of course). Sometimes we lead simply because that’s what’s expected of us and we’re doing our job. But there are other times when our leadership involves all that we are, including our deeply personal beliefs, feelings, hurts, hopes, dreams, and fears.

Consider the case of Joseph in Genesis 42. He needed to make decisions as a leader in response to a request of ten brothers from Canaan who wanted to buy grain during a famine. In most cases like this, I expect Joseph would have exercised his authority quickly and with minimal personal investment. However, the ten brothers who stood before him were Joseph’s own brothers, the ones whom he once had dreams of dominating, the very ones who had almost killed him and then sold him into slavery instead. In this case, for obvious reasons, Joseph’s leadership became deeply personal.

When Joseph recognized his brothers, he did not immediately welcome them with open arms. Rather, he spoke harshly to them, accusing them of being spies. He decided to test them by requiring that their youngest brother – Benjamin, Joseph’s full brother – be brought to Egypt. Joseph resolved to test his brothers by imprisoning all of them except the one who would return to Canaan to fetch Benjamin. Then, Joseph threw all ten of his brothers in prison for three days, just because he had the authority to do so, or perhaps to make them sweat a bit.

We can easily see how Joseph’s personal feelings were affecting his leadership. He acted toward his brothers differently than he would have acted if they were simply a random Canaanite family. He had been deeply hurt by them and he didn’t trust them. His test was meant, not really to demonstrate their honesty concerning their youngest brother, for Joseph knew about Benjamin. Rather, it was Joseph’s way of bringing his beloved brother to Egypt so he would be with him. Moreover, his decision to imprison all of the brothers save one until Benjamin showed up seems unnecessarily harsh, unless, of course, Joseph was getting revenge on the brothers who had treated him so poorly. It makes sense that Joseph was enjoying his authority over his brothers more than he would over anybody else. I can understand why he relished the chance to make them suffer in prison. Perhaps you can too.

Joseph’s emotions were influencing his leadership in a way that, however understandable, may not have been for the best. In his defense, we should note that he did not treat his brothers horribly or simply have them killed. What he did to them was a tiny offense compared to what they had done to him. Yet, I would suggest that what Joseph proposed was not the sort of thing that would come from a thoughtful, objective, caring leader. (Tomorrow, you’ll see that Joseph himself would agree with this judgment.) I don’t mean to be overly critical of Joseph. I think it would be almost impossible for him to make wise decisions when facing for the first time in decades the brothers who had sold him into slavery. My point is simply that this is a good illustration of how difficult it can be to lead well when leadership is deeply personal.

Tomorrow, we’ll look at what Joseph actually did with his brothers and what this suggests to us about mature leadership. At this moment, however, I’d like to invite you to think about your own leadership as you reflect on the example of Joseph. You might ask the Lord to show you things that would be helpful for your growth as a leader.

Can you think of times when you have struggled to a make a wise decision because your emotions were stirred up? As a leader, have you ever said things you came to regret or treated people in ways you would not have done if the situation before you hadn’t been so personal?

Are you aware of certain experiences from your past that can have a powerful impact on your leadership today? (These experiences could be positive, negative, or mixed.)

Right now, is your leadership being tested because it is dealing with a situation that is deeply personal for you? What might help you exercise your leadership with wisdom, reasonableness, and grace?

Gracious God, thank you for showing us the unvarnished Joseph. Thank you for letting us glimpse how he treated his brothers when they were finally under his authority.

We understand, Lord, how Joseph’s emotions were influencing his leadership. We are like him in so many ways. We too can get so personally engaged in our leadership that it is hard for us to lead wisely. We can act in the heat of the moment rather than making decisions thoughtfully and prayerfully. To be sure, sometimes our emotions are allies in our leadership. At other times, Lord, they are not really our friends.

Whether in our workplaces, our churches, our cities, our charitable organizations, or our families, may our leadership honor and glorify you, gracious God. Amen.