Why Did Christ Die?

According to Ephesians 2, the hostility-ending, peace-making work of Christ isn’t incidental. It’s not extra credit that comes after personal salvation. Rather, it’s central to the central work of Christ, his death and resurrection. We will not fully experience the power of the cross until we have been reconciled with God by grace through faith, and with each other by the unifying sacrifice of Christ.

Why did Christ die on the cross?

Christians tend to answer that question by saying something like, “Christ died for our salvation. He took on the penalty for our sin so that we might be forgiven, so that we might be reconciled to God forever.” I agree with this affirmation. I believe this is profoundly and wondrously true. But I don’t believe it captures the full purpose of Christ’s death.

In recent devotions, we have seen that Christ tore down the “dividing wall of hostility” between Jews and Gentiles through his death on the cross. His sacrifice not only secured salvation for individuals, but also paved the way for the end of hostility between communities of people.

What was Christ’s purpose in bringing an end to human divisions and hostilities? Ephesians 2:15-16 offers a two-part answer to this question: “His purpose was [1] to create in himself one new humanity out of the two, thus making peace, and [2] in one body to reconcile both of them to God through the cross.” The original Greek of part 1 speaks literally of creating “one new human being” (hena kainon anthropon) out of the two groups. Notice that this act of new creation is referred to as “making peace.” With this language, Paul underscores the fact that peace isn’t merely the ending of hostility between groups in conflict. Rather, it is also forming a new community of grace, love, and justice, a community with profound and pervasive unity.

Though our situation might differ from that of the first Christians, we still find ourselves in conflicted relationships. Sometimes warring factions take up sides in the workplace. Sometimes this happens in families or churches. Often, this happens throughout a world shattered by racism, sexism, nationalism, materialism, and a variety of other injustices. But God is not satisfied with our status quo. Christ died to bring an end to the hostilities that divide us and to form us into new communities that mirror the very unity of God.

Notice that the hostility-ending, peace-making work of Christ isn’t incidental. Rather, it’s central to the central work of Christ. We will not fully experience the power of the cross until we have been reconciled with God, by grace through faith, and with each other, by the unifying sacrifice of Christ on the cross.

As you think about your life and relationships, are you a peacemaker?

Where are you helping relationships or communities to experience the “one new humanity” of Christ?

Ask the Lord to show you how you can live into the peacemaking, “new-human-being-making” work of Jesus today. As the Spirit moves you, follows God’s lead.

Gracious God, thank you for not casting us off, for seeing in us the potential to become what you had intended us to be from the beginning. Thank you for acting in Christ to bring an end to the hostility between people, to forge a positive, all-encompassing peace.

Lord, as you know, this peace eludes us most of the time. In our closest relationships, such as in our families, we often create conflict and live with disunity. The same is true in our workplaces, our neighborhoods, our churches, and our cities. Then, Lord, there is the wider world, so broken by violence, hostility, and injustice. May the peace of Christ make a tangible difference in our lives and our world, even as we await the day when your peace, your shalom will fully and finally transform all things. Amen. 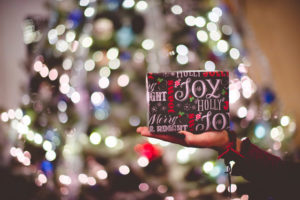 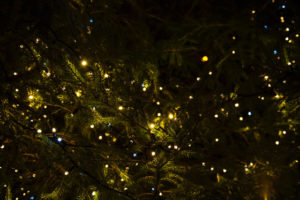 Hoping in Christ Advent is a season of hope, but not just hope in general. It’s not a… 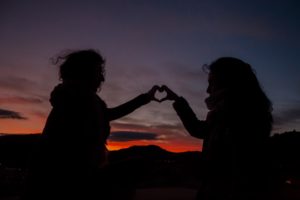 More on Why Christ Died Remember that reconciliation is not just deciding to get along with people in the future.… 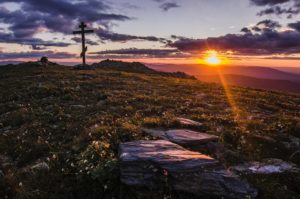 Christ is Risen! Really! Christ is risen! He is risen, indeed! For centuries, Christians have used this so called…