Atheists in the Bible

Therefore, remember that formerly you who are Gentiles by birth and called “uncircumcised” by those who call themselves “the circumcision” (which is done in the body by human hands)— remember that at that time you were separate from Christ, excluded from citizenship in Israel and foreigners to the covenants of the promise, without hope and without God in the world.

According to Ephesians 2, apart from Jesus Christ we are without hope and without God in the world. But through Christ we can know God intimately. And through God we can have hope even in times that feel hopeless.

A few years ago, we witnessed the rise of the so-called “new atheists.” Led by Richard Dawkins, Sam Harris, and Christopher Hitchens, atheism received considerable attention in the media. The number of people in the U.S. identifying themselves as atheists rose slightly, though about one-quarter of the American population claims to be among the “Nones,” the “spiritual but not religious” folk. (See this report from the Pew Research Center.)

Our word “atheist” comes directly from the Greek atheos (a-not, theos-god). In the whole Bible, including the Greek translation of the Old Testament, this word shows up only once. It’s in Ephesians 2:12. Here, the Gentiles are described as “without hope and without God [atheoi, plural of atheos] in the world.”

Pagans in the Roman Empire would not have accepted this description of themselves, however. Though a few ancient philosophers denied the existence of the gods, the vast majority of people in the time of Christ believed in many gods. In fact, pagans actually accused Jews and Christians of being atheoi because they denied the reality of the many gods, believing only in the God of Israel. Christians, beginning with Paul in Ephesians 2, returned the favor, referring to pagans as atheoi.

In the second half of the second century, a Christian bishop named Polycarp was put on trial by the Roman authorities because he would not acknowledge the Lordship of Caesar. In a stadium full of pagan Romans, the proconsul urged Polycarp to swear an oath to Caesar and say, “Away with the atheists,” meaning, “Away with the Christians.” Polycarp responded by looking upon the pagan crowd, waving at them and saying, “Away with the atheists!” (Martyrdom of Polycarp, 9:2). Because he would not revile Christ, Polycarp was burned and then stabbed to death.

Ironically, we who believe in one God, the God who was incarnate in Jesus Christ, struggle more often with an “atheism” like that of Rome rather than the atheism of Dawkins & Co. What our culture finds most offensive is not our belief in something divine, but rather our belief that the God of Jesus is alone the one true God. Though we may not be martyred for our brand of “atheism,” we may well be criticized, ostracized, or condemned as narrow-minded.

Ephesians 2 reminds us, however, that we are not trying to prove our religious superiority or win philosophical arguments for the sake of our own glory. Rather, we want to introduce the “atheists” in our time of history – those who do not know God – to the God who seeks to embrace them with his grace and help them live with hope. And we want the “Nones” to discover that true spirituality is something to be lived in the community of Jesus followers.

What kinds of “atheism” do you find most troubling?

How is it possible to be a kind, respectful person and still claim that the God of Israel is the one true God?

It’s likely that your workplace reflects considerable religious diversity. As you seek to represent Christ in that context, work hard on listening well to others, learning what they believe and why, how they practice their religion (or lack thereof). If you want to talk with others about your faith in Christ, begin by listening well to them. Listening deeply in order to understand others demonstrates the love and grace of Jesus.

Gracious God, today I want to pray for those who do not know you.

I pray for those who are open and seeking, that they might find you . . . or, better, that you might find them and bring them home.

I pray for those who embrace “gods” other than you, that they might come to know you as the one true God. Make yourself known to them, Lord.

I pray for those who have adopted the “new atheism,” who not only reject your existence but also who seek to destroy the faith of others. Confront them with your truth. Surround them with your love.

I pray for the “Nones,” that they might discover a place of genuine community, a place where grace and truth flourish together.

May all nations and all peoples acknowledge you as God and worship you as King of kings and Lord of lords. Amen. 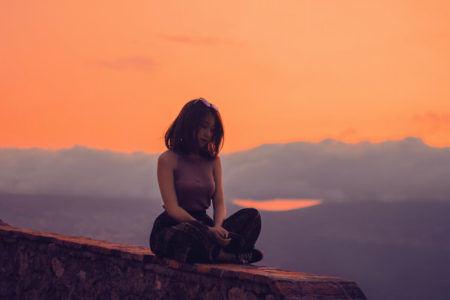 Where Can You Find Atheists in the Bible? In the last fifteen years, we witnessed the rise of the so-called “new atheists.” Led…