In 2009, Clarissa Joan Middleton was fresh out of college, living in New York City, engaged to her now-husband, and working an enviable job as a financial analyst on Wall Street. In other words, she was living the grand, old American Dream. She had all the boxes checked for the ideal life, yet Clarissa says, “It didn’t feel fulfilling. It felt like there was something missing.”

“I was told this was the dream,” she says. Growing up, she was reared to excel in every level of education, so that she could one day attain a wonderful career and live happily ever after. But having attained the prize, Clarissa wasn’t happy. “Who am I? What is my purpose?” she wondered. And this unsettled feeling, along with crises that were to come, wouldn’t allow Clarissa to leave her life how it was.

On top of her Wall Street job, Clarissa began volunteering as a mentor to inner-city kids. She always had a heart for service, but her work didn’t provide much room for that. In volunteering, Clarissa sought to explore the kids’ passions. “Because that’s what I felt I was missing,” she says. “That was out of my own hurt.”

Having attained the prize, Clarissa wasn’t happy. “Who am I? What is my purpose?” she wondered.

“There was a wonderful plan,” Clarissa says of her career path, “but it just did not incorporate my unique design, how God designed me to be successful in this world.” She worked with the kids to help them figure out what she was only beginning to understand. She says, “That’s when things started to pivot for me.” Clarissa had had a passion for the arts—singing, writing, acting—and her work with the kids stoked that fire again.

But soon after, her world cracked open. A tragedy left her brother on life support and in a coma. The crisis—from which her brother would later recover—shook Clarissa deeply. “That moment opened me up,” she says, “I started writing again.” She began to write poems to tease out the feelings that came pouring in light of her brother’s condition. And as she wrote, she says, “that question I was asking myself—who am I?— started to reveal itself in different segments of my life, screaming to me off the page.”

Life began looking different. The old dream of success was done. “What is going on in my world?” she says of that season, “I don’t like this job. I’m supposed to be planning a wedding. It’s supposed to be a magical time in my life, but I’m writing poems. I’m leaving my job early to mentor kids.”

In addition to volunteering, she became involved with an impact investment fund that focused on triple bottom line investments (profit, people, and planet). She kept on writing, and she signed up for acting classes, which Clarissa describes as “an excavation of self.” She says, “I discovered so many things that I was never allowed to process.” Knee-deep in the arts and service to others, Clarissa made the inevitable move: she quit her job.

Life began looking different. The old dream of success was done. “What is going on in my world?” she says of that season.

In the midst of these changes, Clarissa points to a practice that anchored her through it all. Before her brother’s accident, she’d been given a prayer journal by her aunt. And Clarissa had begun a daily practice of meditating on the scriptures and writing down her thoughts. “I would journal every night,” she says. And she still does.

Her spiritual practice, coupled with her incessant exploration of self, proved essential when even more tragedy struck—the passing of two loved ones, and the loss of their first child to stillbirth. “I was prepared to walk with God through that [time] because of all the work I was doing leading up to that moment,” she says. “Doing that work, that’s how I got through that rough period.”

And that’s when she felt God telling her: “Share your story.”

She developed her website, The Clarissa Joan Experience, in which she shared her work with scripture, her poetry, and her explorations on the cultivation of self. It was about “self-discovery” and “self- awareness,” an ongoing dialogue with the question of who she was. In time, she came to ask “How do I create a way for people to be able to do this work on their own?… to help people answer [the questions] ‘who am I?’ and ‘what is my purpose in the world?’”

Clarissa found a vocation in helping people explore these questions for themselves.

This led her to Los Angeles, where she is pursuing her Master of Fine Arts in interactive media at the University of Southern California. Her research focuses on the very questions above. Looking back on the journey to get to this point, Clarissa stresses the necessity of leaning on God through all of it. She’s arrived here, she says, “all because, every night, I pray about scripture, and I ask God what is the direction… comparing my awareness to what the Word of God says, and letting that be my guide.” Even with her busy schedule, she is adamant about keeping her spiritual practice.

A long way from Wall Street, Clarissa looks at how God’s guidance and her incessant exploration of self took her to this point. And the questions—Who am I? What is my purpose?—will always be a driving force in her life. When asked how long this search for herself might take, Clarissa only laughs and says, “Forever!” 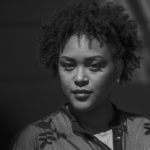 Transformational Leadership Starts with Self Transformation Regeneration—a word we don’t use often enough. It describes salvation and the realities of our…
Moving, the Unknown and Self-Discovery Following the Lord just might move you from a place of familiarity and onto a…
Christ’s Self-Giving Love for the Church Ephesians 5:21-33, though offering instruction on the marriage relationship, actually has more to say about…
Episode 16: Make Room for Your Whole Self If you can't bear the thought of going to work one day longer, it may…