The disciples of John reported all these things to him. So John summoned two of his disciples and sent them to the Lord to ask, “Are you the one who is to come, or are we to wait for another?”

Jesus did amazing things, and he still does. But sometimes he is hard to figure out. In the Gospel of Luke, even John the Baptist had doubts about Jesus. John’s honesty in expressing his doubts and Luke’s honesty in relating this story invite us to be honest as well. When Jesus exercises his authority in unexpected ways – or doesn’t do what we would hope for – we don’t have to pretend that everything is just fine. We can be honest with Jesus about our doubts and questions, just like John the Baptist.

In the first part of Luke 7, Jesus used his authority in ways that were exceptional, even for him! As we have seen, in Luke 7:1-10 Jesus healed a slave who was ill and close to death. Then, in verses 11-17, Jesus actually raised a young man from the dead. These weren’t just ordinary healings for Jesus. Not to imply that other healings were not wondrous; but healing from a distance and raising the dead were stunning displays of divine power.

Yet, as it turns out, these miracles were not what one of the most well-known supporters of Jesus expected. In Luke 7:18 we’re told that the disciples of John the Baptist “reported all these things to him.” In context, “all these things” would include the miracles in the first part of Luke 7, if not more. We might well expect John to have been amazed and delighted. After all, he had prepared the way for Jesus through his preaching and had witnessed God’s endorsement of Jesus in his baptism (see Luke 3:1-22). Surely the fact that Jesus had the authority to heal at a distance and to raise the dead would have confirmed John’s enthusiasm for Jesus and his messianic ministry.

But, as it turns out, this was not the case. When John’s disciples reported all that Jesus had done, John sent them back to ask: “Are you the one who is to come, or are we to wait for another?” (Luke 7:19). Why would John ask such a question of Jesus? Surely, the answer to this question has to do with John’s expectations for Jesus. He had promoted Jesus as the one who would gather the wheat – that is, God’s faithful – “into his granary, but the chaff he will burn with unquenchable fire” (Luke 3:17). John expected Jesus to execute divine judgment on sinners—especially, we would suppose, the Romans who ruled Judea. From John’s point of view, Jesus wasn’t fulfilling expectations for God’s messiah. He was exercising exceptional authority, but not in the right way.

As I read this passage from Luke, I feel compassion for John. After all, he was rotting in prison because he had the audacity to speak out against the evils of Herod Antipas (son of Herod the Great who ruled when Jesus was born). John had put everything on the line for Jesus, counting on him to exercise his messianic authority in a way that would establish God’s justice in the land, ousting the Roman interlopers, which might also have led to John’s release from prison. But Jesus wasn’t doing what John expected and wanted. In fact, if John’s disciples told John that Jesus had healed the slave of a Roman centurion – who embodied and exercised Roman oppression – this would surely have perplexed John. Why was Jesus doing favors for the very people he should have been burning with unquenchable fire, or at least chasing out of the country?

Have you ever been in a situation like that of John the Baptist? I’m not talking about his imprisonment, but rather about the clash between his expectations for Jesus and Jesus’s reality. Has Jesus’s exercise of authority ever been perplexing to you, even frustrating or aggravating?

There is something I love about this story in Luke. Honesty! First, when John heard the report of his disciples, he didn’t say something trite and untruthful, like, “Oh, isn’t that grand! Way to go, Jesus!” No, John was honest with his questions, even his doubts. Second, I appreciate Luke’s honesty in telling this story. After all, John was one of the heroes in Luke’s gospel. He played second fiddle to Jesus, for sure. But his birth and ministry showed John to be an exceptional man of God. Knowing the story of John’s question, Luke could have omitted it. Or, if he felt the freedom to rewrite history, he could have portrayed John as enthusiastic about Jesus. But, in fact, Luke told the truth as he understood it, even if it didn’t paint a pretty picture of John. It seems to me that both John and Luke, each in their own way, invite us to be honest about our reactions to Jesus. For this I am grateful.

In Thursday’s Life for Leaders devotion, I will share one of my “John the Baptist” moments, a time when Jesus’s exercise of authority was baffling, even upsetting to me. For now, let me encourage you to reflect on this story from Luke and what it touches within you. The following questions might help you do this.

How do you respond to John’s question in this passage?

Do you feel the freedom to voice your questions and doubts about Jesus? With others? With God in prayer? If so, why? If not, why not?

Have you ever experienced the authority of Jesus in ways you didn’t expect? If so, when? How did you respond?

Talk with your small group or with a wise friend about ways in which Jesus can be perplexing. See what you might learn as you share and listen, and then as you pray together.

But there are times, Lord, when what you do and what you don’t do are perplexing to us. Why do you heal one person while leaving another terminally ill? Why do you allow for injustice and suffering to touch so many lives? Why do you stand back when you are mocked by those who oppose you and your people? Why do you sometimes respond to our prayers in stunning ways and at other times act as if you don’t even hear us as we cry out to you? Your authority is truly unique, Lord. You exercise it in marvelous ways . . . sometimes, and sometimes not, or at least not that we can see.

How grateful I am for the freedom to be honest with you about what I really think and feel, even when I am questioning you. Thank you for the examples of John the Baptist and Luke, and for so many other times in Scripture when your people open their hearts to you with worries, doubts, and frustrations. Thank you, Lord, for inviting me into a true relationship with you, not some make-believe religion.

When you exercise your unexpected authority in my life – and I do expect that you will – help me to be honest with you. Help me to trust you even when I don’t understand what you’re doing. May I grow through these times into a deeper, truer, and more faithful relationship with you. Amen. 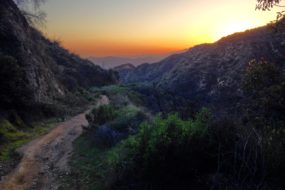 An Experience of Jesus’s Unexpected Authority We can’t always figure Jesus out. 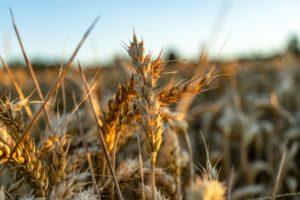 Following Jesus Today: An Unexpected Lord From the earliest days of Christianity, followers of Jesus have claimed that he is Lord.… 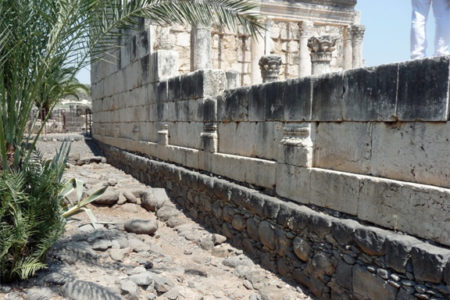 Following Jesus Today: Honoring the Authority of Jesus Jesus taught with surprising authority. Those who heard him marveled at the clarity and power… 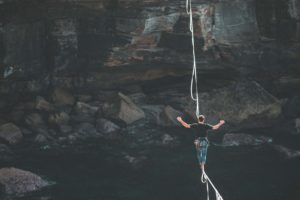