Keeping Christmas Well . . . by Seeking Justice in Your Workplace

You shall not withhold the wages of poor and needy laborers, whether other Israelites or aliens who reside in your land in one of your towns. You shall pay them their wages daily before sunset, because they are poor and their livelihood depends on them; otherwise they might cry to the LORD against you, and you would incur guilt.” 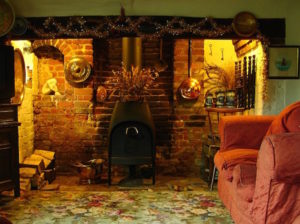 In the opening stave of Charles Dickens’ A Christmas Carol, Ebenezer Scrooge is revealed as an unkind if not unjust boss. On a “cold, bleak, biting” Christmas Eve, Scrooge’s clerk, Bob Cratchit, shivered in the cold of his “tank,” having only one small coal to warm himself because Scrooge was guarding the coal box. In fact, Scrooge had threatened to fire Bob when he came seeking more coal. In Stave 3 of the Carol, we learn, not surprisingly, that Scrooge paid his clerk poorly, only fifteen “Bob” (shillings) a week, barely enough for the Cratchit family to survive. Thus, Mrs. Cratchit referred to Scrooge as “an odious, stingy, hard, unfeeling man.”

If Scrooge had been guided by Scripture in his relationship with his clerk, he would not have paid Bob so meagerly. Many passages in the Bible call employers to do justice in relationship to their workers. Deuteronomy 24:14-15, for example, exhorts employers to pay all of their workers on time, since they depend on what they make each day to live. In Isaiah 58, when the Israelites wonder why the Lord does not respond to their fasting, he says, “Look, you serve your own interest on your fast day, and oppress all your workers” (58:3).

Throughout Scripture, God calls us to do justice, with particular attention paid to those who cannot ensure justice on their own because they lack the power to do so. The workplace is a major context for justice. God expects those of us who have been given authority at work to treat our employees justly. This includes paying them fairly and in a timely fashion. (In our culture, just compensation for full-time workers would also involve benefits such as health insurance.)

Because Christ was born not only to save our souls but also to establish God’s just kingdom, we will keep Christmas well when we seek justice in our places of work. We will not be like Ebenezer Scrooge in the beginning of A Christmas Carol. Rather, we will be like Scrooge in the final stave. There, in one of the happiest scenes of the novella, Scrooge caught Bob Cratchit arriving late for work on the day after Christmas (perhaps because Bob’s celebration had been unusually joyful owing to the giant turkey Scrooge, unbeknownst to Bob, had sent to the Cratchit household). Scrooge pretended to be angry with Bob, saying, “Now, I’ll tell you what, my friend, . . . I am not going to stand this sort of thing any longer. And therefore,” he continued, leaping from his stool, and giving Bob such a dig in the waistcoat that he staggered back into the Tank again; “and therefore I am about to raise your salary!”

Bob was so shocked by this that he thought for a moment of clobbering Scrooge with a ruler and calling for city officials to haul Scrooge off in “a strait-waistcoast” as a crazy man. But before he could act on this thought, Scrooge explained his intention to pay Bob more fairly and extend additional care to his family. For Ebenezer Scrooge, keeping Christmas well was not simply a matter of special generosity at Christmastime. Rather, it involved treating those in his workplace with justice and even kindness. May it be so with us!

Some of us have been given considerable authority over the state of affairs in our workplaces. We have the power to see that employees are treated justly. Others of us have not been given such authority. But almost all of us have an opportunity to treat our colleagues at work justly. What can you do to keep Christmas well by seeking justice for those with whom you work?

Gracious God, you are consistent in your call to us to do justice, especially for the powerless and marginalized, those who lack the ability to insure justice for themselves. Help us to seek your justice in every part of life, Lord. May those of us who have authority over others be sure to treat them justly. Give us wisdom to know what this means in our specific context. May we keep Christmas well in the everyday affairs of our work. To be you all the glory! Amen.