Blessed are those who are persecuted because of righteousness, for theirs is the kingdom of heaven.

Blessed are you when people insult you, persecute you and falsely say all kinds of evil against you because of me. Rejoice and be glad, because great is your reward in heaven, for in the same way they persecuted the prophets who were before you.

How do we live faithfully in a secular world? 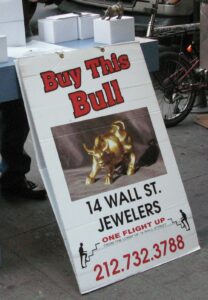 In the first century, Christians and Jews were thought to be atheists. That may strike us as odd, since both Jews and Christians were deeply committed to the one God. But that was the problem. In the first century, most everyone worshiped many gods, so worshiping only one meant that you didn’t believe in the rest. So, in that sense at least, they were treated as atheists.

Today the world is a different place. As T.S. Eliot observed almost a century ago, our culture has “left GOD not for other gods, they say, but for no god.” The secular world – in which most of us live and work – claims to be a “god-free zone.” There are historical reasons for this, not least Europe’s religious wars of centuries ago, which caused many to see religion itself as the evil to be avoided. And of course, such religious violence is not an issue merely of a time long past. Even in our “enlightened secular age,” religious zeal leads many to do unimaginably destructive things.

From a Christian perspective, I would suggest that the answer is more complex than it might first appear. Given humanity’s universal fallenness, religion can easily become a tool of violence and oppression. It can be used to curry favor, to gain an advantage over others, and to press one’s own agenda. We can easily try to “use God” for our own purposes. “God told me” can easily become a tool for making an idol to help us exercise power over others. “I’m a Christian” can easily become a means for marginalizing (rather than being hospitable to) those who are not. In that sense, “a god-free zone” – perhaps an “idol-free zone” would be a more accurate description – is a good thing.

But Eliot’s quote shows another danger. “Men both deny gods and worship gods, professing first Reason, and then Money, and Power.” In our attempt to keep religious violence and oppression out of our workplaces, it is easy to fool ourselves into thinking that we can cease being human. Human beings are not machines. We are creatures that have meaning and purpose deeply wired into our being. We can’t help worshiping something or someone. We can worship “Reason, and then Money, and Power.” Or we can worship the Living God.

As the last century has amply demonstrated, reason, money, and power are great tools for human flourishing, but are poor objects of worship. In that sense, creating a “god-free zone” is an illusion. As Eliot saw clearly, even though we can say that we have “left GOD not for other gods … but for no god,” that claim is misleading. “Reason, and then Money, and Power” will take GOD’s place. And so it has come to pass in our 21st-century workplaces.

So what does this have to do with Jesus’ Beatitude about persecution?

As Jesus’ Beatitude suggests, persecution can take many forms. It would be easy to associate persecution with only the deadly variety. But Jesus understands that there are many kinds of opposition to faithful living, including verbal insults and people who “falsely say all kinds of evil against you.”

Persecution can also come from surprising quarters. In our generation, leaders can face opposition from both ends of the religious spectrum. We are pressured at the same time to be both more religious and less religious in our secular workplaces. On the one hand, we are accused of being unfaithful because we are not “more explicitly Christian” in our secular workplaces. On the other, we are told to keep our Christian convictions to ourselves and out of the public square. What are we to do as leaders who seek to follow Jesus faithfully?

In God’s providence, we each find ourselves in different contexts that require particular kinds of responses. As a personal example, when I ran my own company, I did not make my Christian commitment an expectation for my employees. Of course, I hoped that my own convictions and way of being would be appealing to and persuasive for them. But I didn’t want anyone to feel that they had to share my faith commitment as a condition of their employment or to grow in their responsibilities. At the same time, I made no secret of my faith. And perhaps more importantly, I tried to embody in the structure and culture of the company those practices rooted in the Christian tradition that led to flourishing for everyone in the company – such as a respect for work-life balance, a recognition of people’s many different gifts, and a mutual commitment to serving our customers and one another.

Have you thought of your Christian faith and your secular workplace as both being susceptible to religious idols? What might they be for you in your context?

Identify one of your work idols. Practice living in opposition to it.

Because we name your name, we think we are immune to idolatrous conceptions of you. Because we work in a secular world, we find ourselves susceptible to the idols of arrogance and greed. Forgive us and deliver us from the idols of our generation.

Grant us wisdom, discernment, skill, and virtue to live faithfully in the generation in which you have placed us.

Find all Life for Leaders devotions here. Explore what the Bible has to say about work at the unique website of our partners, the High Calling archive, hosted by the Theology of Work Project. Reflection on today’s Life for Leaders theme can be found here: Blessed Are Those Who Are Persecuted for Doing Right

Leadership Wisdom – The Problem of Persecution (Part 1) In a fearful and paranoid culture, how do we avoid an unwarranted persecution complex?
The Problem with Leaders What do 18-35-year-olds from around the world think about leadership? Well, they’re less than hopeful.
Leadership Wisdom – All Leaders are Teachers Jesus sits on a hillside with a group of his disciples talking about a new…
Leadership Wisdom – Who is This Jesus? Jesus helps us see what that looks like lived out in real life in the…

One thought on “Leadership Wisdom – The Problem of Persecution (Part 2)”