According to the Bible, we live in enemy territory, so to speak. We are caught in a world that opposes God, not just in human hearts, but in systems and institutions. Scripture helps us to see the world as it is—not  so that we might abandon it, but so that we might participate in God’s work of redeeming the world and its people.

If you’ve been reading Life for Leaders for a while, you know that I take a writing break in the second half of summer. During this time, Life for Leaders continues by reposting devotions I have written in previous years. This summer, we’re using a series of devotions that I wrote a couple of years ago. Given all that we’re experiencing in our world today, I can’t imagine a better place to focus our attention than on Ephesians 2. I have added to many of the devotions to emphasize themes that I believe are crucial for us in these challenging times, so they aren’t all reruns. In September we’ll return to the devotional series Following Jesus Today.

My father-in-law, Bill Swedberg, fought for the Allies in World War II. He was a member of an Army reconnaissance team in Europe that would go behind the German lines in order to report on their activities and plans. He spent a good deal of time literally behind enemy lines, not exactly a place we’d want to find ourselves.

Yet, in a way, we live right now behind enemy lines. It’s not uncommon for Christians to think of reality as having three layers. The top layer is Heaven, the place of God and goodness. The bottom layer is Hell, the place of Satan and evil. In the middle is the world. It is neither good nor evil, but rather a kind of demilitarized zone between good and evil, a neutral battleground in which the cosmic war between good and evil is fought.

This notion of the neutral world is not taught in Scripture, however. In Ephesians 2:1-2, for example, it says: “As for you, you were dead in your transgressions and sins, in which you used to live when you followed the ways of this world . . . .” The Message paraphrases this well: “You let the world, which doesn’t know the first thing about living, tell you how to live.”

When Paul speaks of “this world,” he is not thinking about the physical earth: rocks, trees, water, and so forth. Rather, he is thinking about what we might call culture, worldview, or the spirit of the age. He is envisioning the world as a system of powers that pulls us in the direction of sin and death. When we were dead in our trespasses and sins, we were living according to the ways of the world, a world that entraps us and entices us to live contrary to God. We were living behind enemy lines.

It’s crucial for us to see the world from a biblical point of view. Though God’s ways can be found in it because God is present, the dominant system of the world opposes God’s values and practices. We all live in cultures, communities, and contexts that lure us into the ways of sin and death. Because we are so familiar with these ways, they don’t feel wrong or dangerous. They simply feel normal. Thus, we need to develop a divine perspective on the world so that we might see it for what it is, acknowledging the ways in which it opposes God.

Yet, this does not mean we should withdraw from the world because God is in the business of restoring it in Christ (see Ephesians 1:9-10). Quite the contrary! You and I are called to participate in God’s work of restoration. We do this through how we live in the world. But, because we live in this world, we need to discern what in the world is of God and what in the world opposes God, so that we might experience and share the life of God rather than the death associated with the ways of this world. We need new vision, new values, and a new vocation. Ephesians is helping us have all three.

As you think about your world, does “living behind enemy lines” make sense to you?

Where in the world do you see evidence of systemic sin and death?

Where do you see evidence of God’s presence?

What helps you to be “in the world but not of it”?

Talk with your small group or with a Christian friend about the idea that we are living behind enemy lines. Share how you respond to this idea. What do you think? What do you feel? Is this idea helpful? Could it be harmful? How might it rightly shape your thinking and acting?

Gracious God, we live in a world that is not what you intended it to be. Around us we see sickness and death, oppression and injustice, sexism and racism, selfishness and corruption. We see people praising that which opposes you and condemning you and your ways.

Though you have delivered us from the death associated with this world, we are still, in many ways, influenced by it. Our thinking and our acting are not yet fully consistent with you and your values. Forgive us, Lord. Help us to discern rightly what is worldly and what is godly. In every context of our lives, may we look for—and may we long for—your truth, your justice, your righteousness, your love. Amen. 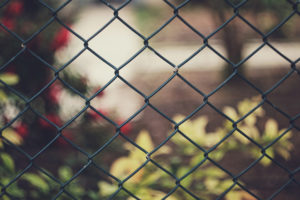 Living Behind Enemy Lines When Paul speaks of “this world,” he is not thinking about the physical earth: rocks,… 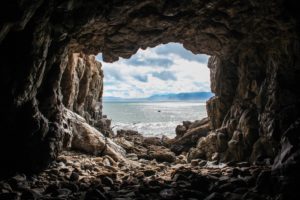 Living Fully, Living Gratefully: Giving Thanks in Hard Times I have known Christians who confuse genuine gratitude to God with denial of life’s challenges… 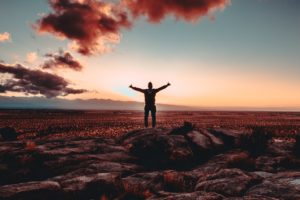 Living Fully, Living Gratefully: Developing a… One who has a posture of gratitude sees all of life as full of God’s… 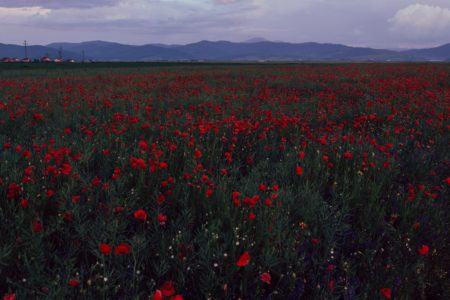 Living Fully, Living Gratefully: Gratitude and Your… Paul’s example of thanksgiving for his work encourages us to be similarly thankful. No matter…