Max De Pree has been a defining mentor in my life. I first became aware of Max when I was a young administrator and he was Chairman of the Board at the institution where I worked. As I assumed leadership responsibilities, I was vulnerably aware of my lack of preparation. So I applied for a Kellogg Fellowship — a two-year learning project in leadership development. In designing the program, I audaciously wrote to Max De Pree, then CEO of Herman Miller, to ask if he would tutor me out of his leadership wisdom. To my surprise, he agreed. I submitted the grant proposal, but to my dismay I did not receive one of the Fellowships. Chagrined, I wrote to Max to thank him and notify him that my study project would not be funded. Again, to my surprise, Max wrote back and suggested that we undertake the learning relationship together anyway! That was over 30 years ago.

For the past decade, the Max De Pree Center for Leadership has sought to encourage leaders to manage mentors to enrich their own learning and development as well as make themselves accessible as resources for emerging leaders. To that end Dr. Joyce Avedisian and I spent a day with Max, interviewing him about the mentors in his life and his investment as a mentoring resource for about a dozen younger leaders like me. In the process of the interview, Max noted that he was only one of the mentors in my life. That caused me to stop and reflect on the men and women who had been critical resources in my personal development. Out of that reflection, The Gift of Mentors emerged — a small monograph published by the De Pree Center. And I found myself leading mentoring workshops around the world.

Again, I was approached by Paternoster Publishing about writing another book. At the time however, I was working on a different project that had captured my imagination: the mountain climbing rope as a metaphor for the leadership relationship. I told the publisher that I could do something on mentoring, but also wanted to play with the rope idea. They suggested I do both — but mentoring first.

So, drawing on my experience with mentors and mentoring, research into the study of mentoring, and extended conversations with Max, I prepared the manuscript Mentoring: The Promise of Relational Leadership. It is the story of my journey with mentors, assessed through the lens of current research. Max graciously wrote the Foreword for the book and provides the model for how I think about mentoring. Out of that book and the workshops that followed I have watched men and women take responsibility for their own leadership development and invest themselves in the journey of others, replicating the relationship that Max and I have all over the world. Mentoring is a process of self-directed learning that continues for the whole of life’s journey. Mentors and mentorees both learn and grow from the relationship.

Editor’s note: If you are interested in purchasing your own copy of Walt’s Mentoring: The Promise of Relational Leadership, you may do so via Amazon.com. The Gift of Mentors is available as a PDF download here. 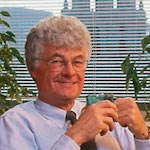 Mentoring Research About the Research Study Over the past few months, we have been conducting research on…
Overcoming Our Fear of Mentoring You could come alongside someone who’s trying to make sense of what’s going on in…