“Then his sister said to Pharaoh’s daughter, “Shall I go and get you a nurse from the Hebrew women to nurse the child for you?”

Every superhero and super-shero has an origin story. An origin story often includes a flashback that tells us how that person acquired his or her powers as well as purpose in fighting crime. When I think of Moses I have visions of that old Charlton Heston movie “The Ten Commandments” where Moses faces the burning bush or is standing before the parting of the Red Sea. However, I am captivated by his origin story and the critical role of his older sister Miriam. Miriam’s curiosity and creativity may have seemed small, but they were of biblical proportions.

Every superhero and super-shero has an origin story. An origin story often includes a flashback that tells us how that person acquired his or her powers as well as purpose in fighting crime. When I think of Moses I have visions of that old Charlton Heston movie “The Ten Commandments” where Moses faces the burning bush or he is standing before the parting of the Red Sea. However, I am captivated by his origin story and the critical role of his older sister Miriam.

In my previous post I wrote about the Hebrew midwives who set into motion a plan of restoration to save baby boys from the king’s order to execute them. In this chapter, Moses’ mother lets him live but then places him in a basket in the waters. His protective sister runs near the Nile river, curious to see what will happen to her baby brother. Did her mother know where she went? Was she part of this plan? When Pharaoh’s daughter sends her maid to bring the basket out of the waters, Miriam quickly had an innovative and strategic plan. I have not seen a more convincing and leading question in Exodus yet than the one from this young girl! Shall I go get another woman to nurse him for you?

In Micah 6:4, God recalls to the prophet that: “For I brought you up from the land of Egypt, and redeemed you from the house of slavery; and I sent before you Moses, Aaron, and Miriam.”

Miriam is remembered with the same stature as Moses and Aaron: an equal agent of freedom, innovation and liberation. Most importantly, I am moved by her sent-ness. Her smallness may be often overlooked, but it is not without equal and powerful sent-ness. The text doesn’t tell us if her mother sent her to watch by the river, but God assures us that God sent her. Every step was sent. Miriam was the mastermind of this water deliverance of her baby brother. She was bold in offering a solution and pitching the idea even as she stood with a power differential before Pharaoh’s daughter. She had no idea that in aiding Moses to be delivered from the waters, she was ushering the deliverance of a whole people from the waters of slavery and through the literal waters of the Red Sea.

Embrace your sent-ness even in your small acts of kindness. Maybe Miriam’s superpowers were her curiosity and creativity, catalytic in the hands of a God co-creating freedom and restoration. Miriam’s story was critical in God’s larger story of redemption. Your story is no less miraculous.

How are curiosity and creativity a part of your problem-solving? How might you use this phrase and fill in the rest of the line: Shall I [offer a different idea…]

Pitch a different idea to your team or in your home. Explore new ways to problem-solve, especially in this new season with new challenges. If you’re stuck, ask your team to dream up new creative ways. You know what they say: Necessity is the mother of all inventions.

God of the Trinity, you who work as a team of three, strengthen our teams at home, in the workplace, in the communities. As we look upon overwhelming mountains to move, waters that seem to drown us, give us curiosity and creativity. Often we don’t know what to do anymore. Often what has worked before doesn’t work in this new season. In the face of seemingly unsurmountable obstacles, co-create with us by the power of your Holy Spirit. May we have the innovation of Miriam. May we have the risk-taking courage of Pharaoh’s daughter. Animate our work with your power and illuminate our minds with your might. Grant us grace. Amen. 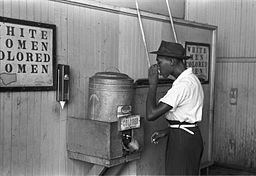 Go Down, Moses The Exodus story forms the way so many of us tell of our own journey…

One thought on “Miriam and Moses”