Re-Ignite and Your Third Calling

Today I had a most interesting and encouraging meeting (by Zoom, of course) with Richard Bergstrom. I had known of Richard for about a year, ever since I read a book that he and his wife had written. I respected their work and was delighted when Richard reached out to me a couple of weeks ago after he watched a webinar I did on “Flourishing in the Third Third of Life” (you can check out my webinar here). 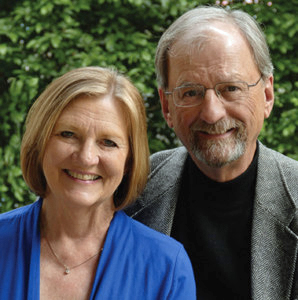 Richard and his wife, Leona, are pioneers among Christians serving people in the third third of life, having doing this sort of work for many years. They bring a wealth of wisdom and experience to this endeavor. Richard is a pastor, author, and non-profit leader. Leona is a Certified Aging Service Professional who has worked in the field of gerontology for 35 years. Together, Richard and Leona have written several books and founded Re-Ignite, a faith-based organization that helps people in the third third of life discover their distinctive calling as they seek to serve God and make a difference in the world. (You can learn more about the Bergstroms here.)

If you visit the Re-Ignite website, you’ll find lots of resources to help you live with passion and purpose in the third third of your life. I want to draw your attention especially to their book, Third Calling: What are you doing for the rest of your life?. This is the book I read a year ago. I was impressed at the time with Richard’s and Leona’s combination of biblical wisdom, knowledge of third third reality, and practical application. I sensed at the time that what the Bergstroms were doing in Third Calling was significantly in alignment with the De Pree Center’s third third initiative. 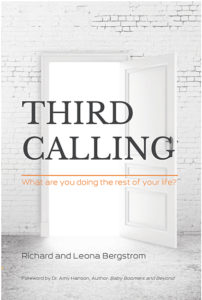 Third Calling will guide you through a process of discerning the shape of your calling in the third third of life. It includes chapters such as: “Knowing Your Purpose,” “Stepping Into Your Story,” and “Cultivating Your Creativity.” If you’re trying to figure out the distinctive nature of your calling in the third third of life, you’ll find lots of wisdom in Third Calling. I commend this book to you, as well as the resources at Re-Ignite. I’m grateful for the wisdom and experience that the Bergstroms are bringing to their work with third third folk, and for the encouragement they have given to us at the De Pree Center.

If you’re interested in getting a copy of Third Calling, you can find it at Amazon. And, again, you can check out Re-Ignite here.