Then [Jesus] said to her, “Your sins are forgiven.” But those who were at the table with him began to say among themselves, “Who is this who even forgives sins?”

Once, while at a dinner party, Jesus was served by a woman with a questionable reputation. She actually bathed his feet with her tears. When the host of the party was unsettled, Jesus explained that this woman had been forgiven much; thus she loved much. Then, Jesus had the audacity to proclaim that the woman’s sins were forgiven, speaking with the very authority of God.

In the latter portion of Luke 7, we confront the shocking authority of Jesus. This confrontation happened at a dinner party to which Jesus had been invited by a Pharisee named Simon, a particularly zealous follower of the Jewish law. While Jesus was sitting at Simon’s table, a woman with an unsavory reputation showed up and started to anoint Jesus’s feet and bathe them with her tears. Simon was unimpressed. “If this man were a prophet,” he said to himself, “he would have known who and what kind of woman this is who is touching him – that she is a sinner” (Luke 7:39).

Jesus responded to Simon by telling a story of two people who owed varying amounts of money, one small, one very large, to a creditor. Then the creditor forgave the debts of both people. Jesus asked Simon, “Now which of them will love him more?” (Luke 7:42). Simon suggested that the one who had been forgiven the most money would love the most. Jesus agreed. Then he related his story to the woman who had washed his feet, explaining that she loved greatly because she had been forgiven much. At this point, Jesus’s lesson took a striking turn. He said to the woman, “Your sins are forgiven” (Luke 7:48). The other guests at the party starting asking themselves, “Who is this who even forgives sins?” (Luke 7:49).

If you’re a Christian, especially if, like me, you’ve been a Christian for a while, it’s hard to relate to how shocking Jesus’s exercise of authority to forgive sins would have been to the folks at Simon’s dinner party. But we should remember what happened in Luke 5 when Jesus forgave the sins of a paralyzed man: “Then the scribes and the Pharisees began to question, ‘Who is this who is speaking blasphemies? Who can forgive sins but God alone?’” (5:21). Human beings could forgive people who had wronged them, but only God could forgive sins in the ultimate sense, in the sense of Jesus’s statement, “Your sins are forgiven.”

Thus, in his cultural and theological context, what Jesus did was utterly shocking. He forgave sins as if he were in the place of God. This led to one of two conclusions. One could conclude, like the scribes and Pharisees in Luke 5:21, that Jesus was blaspheming. By speaking as if he were God, he was dishonoring God and God’s unique authority. Or, one could conclude that Jesus was in some way God in human form. For Jews who believed in one true God, this seemed impossible.

In yesterday’s Life for Leaders devotion, we saw how Jesus explained to John the Baptist that he was doing the things Isaiah had promised that God would do when God came to save his people. Effectively, Jesus was associating himself and his ministry with the identity and work of God. In today’s devotion, we see yet another way in which Jesus was acting as if he were God, forgiving someone in a way only God can forgive. Thus, once again, we face the unique authority of Jesus, who is indeed, Emmanuel, God with us.

In the devotions that follow this one, I want to think with you about different ways of responding to the authority of Jesus. For now, let me encourage you to reflect on how you understand and respond to one who claims the authority to forgive sins . . . including your sins.

How do you suppose Jesus felt as the woman was washing his feet with her tears?

It’s clear from what Jesus said that this woman had already experienced forgiveness from Jesus. That’s what motivated her to wash his feet. Why, then, do you think Jesus said at the dinner party, “Your sins are forgiven”? What was Jesus seeking to accomplish with this statement?

As you consider Jesus’s story about the two people whose debts were forgiven, can you relate to either of the forgiven people? When have you experienced God’s forgiveness in a transforming way?

By forgiving the sins of a person, Jesus was taking on the role of God. A critic might say he was usurping God’s unique role and authority. A Christian would say that Jesus was, in fact, God in human flesh. This claim is one of the sticking points for many when it comes to Christianity. They just can’t believe that Jesus was divine as well as human. Talk with your small group or with a Christian friend about how you make sense of the deity and humanity of Jesus.

Lord Jesus, you certainly raised the temperature in the room at Simon’s dinner party. First, you allowed the woman to bathe your feet with her tears. Then, you had the audacity to proclaim that her sins were forgiven. That is quite something, I must say. When I put myself into the story, rather than reading it as a long-time Christian, I can see why what you did was so shocking.

I admit, Lord, that I run the risk of being underwhelmed by you. I can be so comfortable with what I believe about you that I miss the surprise, even the shock of your words and deeds. Deliver me, Lord, from a nonchalance that impoverishes my response to you. Help me to see you with fresh eyes, to be stunned by you, to be amazed by who you are.

Finally, I do thank you, Lord, for doing in my life what you once did for the woman at that dinner party. Thank you for forgiving me. I know that your ability to offer me ultimate forgiveness cost you, not just your reputation, but your very life. So I thank you for the gift of forgiveness. And I honor you as the only one with the authority to forgive, as God with us, Emmanuel. Amen. 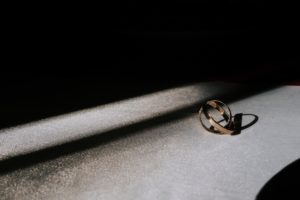 A Shocking Statement about Authority in Marriage I know this will sound unsettling to some Life for Leaders readers. That’s why I… 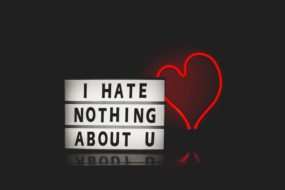 A Shocking Command Jesus said many unsettling things, but one of them was downright shocking. “Love your enemies,”… 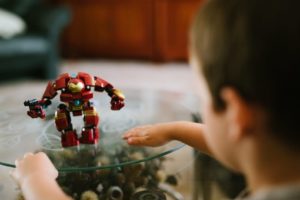 Following Jesus Today: More Shocking than Iron Man In Luke 4, Jesus makes a shocking claim. He is the anointed one foretold in… 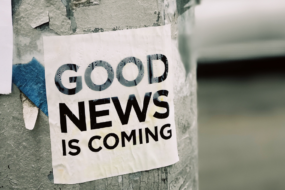 God’s Authority When John the Baptist wondered if he was God’s chosen one or not, Jesus pointed…