A few days ago, golfer Phil Mickelson won the 2021 PGA Championship. This was quite unexpected because Mickelson had not been playing exemplary golf in the last couple of years. Furthermore, he was 50 years and 11 months old when he won. That made him the oldest pro golfer ever to win a major championship. 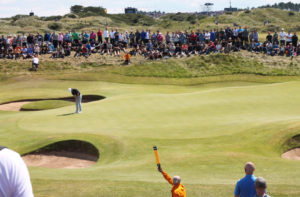 I was glad for Mickelson, who seems to be a decent human being as well as a follower of Jesus. But I was amused by many who reported on this event. Early in the tournament, commentators seemed to assume that Mickelson would inevitably lose his lead because of his age, not to mention his recent record. But when Mickelson hung in there to the very end, winning by two strokes, many of the pundits seemed to be happy for Phil, but also surprised that someone so “old” could win a major tournament. Anyway, three cheers for Phil Mickelson, and for older people and their surprises.

Other Recent Surprises by Older Adults

A similar storyline has played out often in the last few months. First, Joe Biden won the U.S. presidency as the oldest candidate ever to win that office. He was 78 years old when inaugurated. Three more cheers for older people and their surprises.

Then Tom Brady, the quarterback of the Tampa Bay Buccaneers, became the oldest person ever to play in the NFL Super Bowl. In football, 43 years old is not just old, but ancient, given the physical demands of the game. Brady was, in fact, the oldest active player in the NFL in 2020. He didn’t just play in the Super Bowl, however. Rather, he led his team to an upset victory, winning his seventh Super Bowl ring and being voted the game’s MVP. Brady actually one his first Super Bowl MVP trophy nineteen years earlier!  MVP at 43! Not bad for an old guy. Three additional cheers for older people and their surprises.

Next, at the Academy Awards, Anthony Hopkins shocked the experts by winning the Best Actor award for his astounding portrayal in The Father of an older man struggling with dementia. Commentators did note that Hopkins was the oldest person ever to win an Academy award. He was 83 years old when he won. To my knowledge, however, none of the pundits celebrated this breakthrough moment, however, partly because they had expected recently-deceased and much younger Black actor Chadwick Boseman to win. I didn’t hear or read any media pundit note that Hopkins’s victory was a great moment for older adults. At any rate, here’s another three cheers for older people and their surprises.

So, in chronological order, we had Biden, Brady, Hopkins, and then Mickelson. That’s quite a run for older folks. (Note: Older is relative of course. Neither Brady nor Mickelson are in the third third of life officially. In the context of their sport, of course, they are quite old to be winning major championships.)

How the Media Reports on These Surprises

As I pay attention to how the media covers the victories of this “older” people, I’m struck, first of all, by their surprise. They are genuinely shocked that older people are exceeding expectations. What’s happening in real time is shaking their assumptions about the limitations of age, though I expect these assumptions won’t disappear easily. Our cultural bias in favor of youth runs deep.

Second, I’m also struck by the general lack of excitement over the accomplishments of older people. When Kamala Harris, a woman who is both South Asian and Black, was elected Vice President, there was widespread celebration having to do with her breaking through the glass ceiling with respect to both gender and racial/ethnic origin. Whether or not one agrees with Vice President Harris on the issues, her election was surely a major milestone for women, people of color, and our country in general. The public celebration of this accomplishment made sense to me and I shared in it. I’m glad to see how our country is opening up to the leadership gifts of those who were once excluded because of their gender or race/ethnicity. Yet, by way of contrast, I did not hear any political commentator or government leader actually celebrate Joe Biden as the oldest president-elect in history. His age was acknowledged, yes, but I never heard anyone say “How great it is that our country is opening up for older adults to serve in ways that make a difference!”

A New Narrative May Be Emerging

I am beginning to see a few stories, however, that celebrate being older. For example, recently New York Times columnist Jane Brody wrote a piece called “A Birthday Milestone: Turning 80!” I was immediately impressed by the positivity of this headline. The article keeps on in the same vein. The first paragraph reads:

Wow! Brody points in her article to many older adults who are thriving well into their 80s. Then she adds, “Every day I read or hear about folks in their 90s who are still remarkably active and productive. Check out this recent feature in The Times on the indefatigable architect Frank Gehry.” That article on Gehry does actually celebrate his architectural efforts at 92 years of age, including several pro bono projects. Here’s perhaps my favorite line from the Gehry article, “Asked whether, given his age and accomplishments, he has considered taking a break or scaling back, Gehry dismissed the idea. ‘What would I do?’ he said. “I enjoy this stuff.”

Given Jane Brody’s article in May and the Gehry piece in April, I’m sensing what might be the beginning of a shift in our cultural narrative about aging. Perhaps a new narrative is emerging. Of course, these two articles may simply be anomalies. But I wonder if we’re seeing the first signs of a new way of talking about the lives of older adults, one that accentuates the positives and sees the potential of older adults to be fruitful, to contribute in vital ways to our society. I’ll keep watch in the months ahead and let you know what I find. Perhaps you can join me in this effort. Let’s see if our culture can actually look at aging from a new perspective, seeing older adults not as a problem to be solved but as essential contributors to making our world a better place.

Let me close by reminding you of the biblical passage that gives us God’s vision of flourishing in the third third of life. Psalm 92:12-14 reads,

The righteous flourish like the palm tree,
and grow like a cedar in Lebanon.
They are planted in the house of the LORD;
they flourish in the courts of our God.
In old age they still produce fruit;
they are always green and full of sap.

No matter our cultural narratives, Scripture affirms the potential for those of us in the third third of life to flourish both in our personal wellbeing and in our fruitfulness. People whose vision is shaped by God’s Word won’t be surprised when older adults do amazing things.

Surprised by Older Adults . . . Dancing! A couple of weeks ago I wrote an article for the Third Third Journal called…
Surprised by Older Adults . . . at the Olympics In the last few months I’ve been watching the media for interesting stories having to…
How the Christmas Story Encourages Older Adults I’m writing during the final days of Christmastide 2021-2022. In this season of the year,…
Third Third in the News - November 2022 - The Changing… Transcript: Future of Work: Rethinking Age & Work Washington Post, October 26, 2022 https://www.washingtonpost.com/washington-post-live/2022/10/26/transcript-future-work-rethinking-age-work/ This…