For (God) has graciously granted you the privilege not only of believing in Christ, but of suffering for him as well.

Jesus’ death on the cross is not just an ugly necessity resulting from humanity’s greatest failure, but – here’s the wonderful surprise – it is the most profound revelation of God’s compassion for his creation. And, perhaps even more surprisingly, Jesus’ self-sacrifice becomes not only a one-time fix for humanity’s greatest problem, but the once-for-all-time demonstration of our intended vocation as human beings.

I grew up watching the original Star Trek TV series. One thought-provoking (if controversial, but still well worth watching) episode is called, “The Empath” (Season 3, Episode 12). The story begins with the main characters, Kirk, Spock, and McCoy, captured by technologically superior aliens (no surprise there). Inexplicably, they are subject to torture with no explanation and for no apparent reason. As the story unfolds, they meet a young woman who can absorb their wounds and heal their injuries. The story hinges on Kirk, Spock, and McCoy’s willingness to suffer and sacrifice their lives for one another, and whether the young woman is willing to do the same. Finally, the aliens disclose that the young woman is a representative of her race, and that they have the power to save her race from extinction, but that they first want to see if her race could learn compassion and thereby prove it was worthy of being saved. 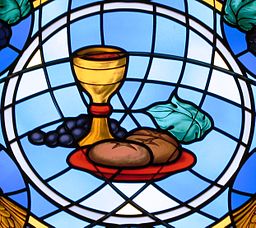 It’s a compelling story which raises profound questions of what suffering and sacrifice for others have to do with our core identity as human beings. Despite the story’s echoes of the Christian story, there are significant differences. Most notably, unlike Star Trek’s superior aliens, God doesn’t impose arbitrary suffering (nor condone abuse of others) to see how worthy people are. Instead, God’s own “worthiness” is supremely demonstrated by taking on the suffering and evil caused by his human creatures and providing healing and restoration in the process. Further, God invites human beings to discover their fundamental identity – as human beings and as God’s image bearers – by following that example in their lives.

I saw this episode for the first time when I was young, before I became a Christian. Even then, the quality of compassion and the resulting willingness to sacrifice for others struck a deep chord within me. Star Trek sees that trait as an evolution of the human species. However, what Star Trek misses is the insight that compassion is foundational to being human precisely because it is foundational to God’s character. As I have reflected on before, God’s seminal self-disclosure to Israel is: “The LORD (is) compassionate” (Exodus 34:6, NIV). God’s compassion is not a wishful projection of human beings onto the divine. Instead, compassion resonates as a fundamental human virtue because human beings are made in the image of God. Compassion, then, is not just a human feeling (as the end of the episode suggests), but an essential expression of God’s character.

God’s compassion ultimately demonstrates itself in self-sacrifice, in Jesus’ suffering and death on the cross. And as Jesus’ followers, we are “graciously granted … the privilege not only of believing in Christ, but of suffering for him as well” (Philippians 1:29, NRSV, emphasis added). The three emphasized words correspond to one word (“echaristhe”) in the original Greek. That word is related to our word for Communion – the Eucharist. So, the compassion and self-sacrifice that we celebrate at the Lord’s Table remind us not only of Jesus’s sacrifice for us, but also of our consequent call to sacrifice for others. As someone once said in giving me the Communion elements, “Become what you receive.”

As the Star Trek episode suggests and as our text today implies, the trait of compassion is deeply rooted in our identity as human beings. Jesus’ death on the cross is not just an ugly necessity resulting from humanity’s greatest failure, but –here’s the wonderful surprise – it is the most profound revelation of God’s compassion for his creation. And, perhaps even more surprisingly, Jesus’ self-sacrifice becomes not only a one-time fix for humanity’s greatest problem, but the once-for-all-time demonstration of our intended vocation as human beings. As human beings, we are created to “love one another as I [Jesus] have loved you” (John 15:12b, NRSV). As Christian leaders who follow Jesus, God “has graciously granted you the privilege not only of believing in Christ, but of suffering for him as well.”

How do compassion and suffering find expression in your work?

Look for one practical opportunity this week to demonstrate self-sacrifice. Do something costly for someone else who needs your help.

We are grateful for how you have demonstrated your love in such an unmistakable way. We are astonished at your willingness to lay down your life for us. As the hymn writer wrote long ago, “Amazing Love! How can it be? That you, my God, would die for me!”

And now we discover that you call us to go and do likewise. Give us faith, hope, and love that we might follow you in demonstrating what human beings are meant to do and be.

We ask in your name,

One thought on “The Good News of Christian Leadership – Expensive Grace”