What is the third third?

We inherited the phrase “third third” from the work of Walter C. Wright, Jr., a former executive director of the De Pree Center. Near the end of time at the center, Walt published a book called The Third Third of Life: Preparing for Your Future. With a variety of stories and wise reflections, Walt invites his readers to think in fresh ways about the third third of life. We have found Walt’s phrasing to be helpful and he graciously allowed us to keep on using it.

Who is working on your Third Third Initiative?

A little over a year ago, we received some seed funding from a donor couple who would love to help people flourish in the third third of life. Since that time, we have begun work on the initiative. 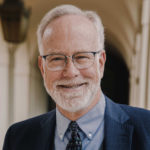 Mark Roberts, the executive director of the De Pree Center, is heading up this project. Mark’s academic expertise is in biblical studies, though he brings a wide range of life experience to his work. He is a pastor, author, retreat director, and non-profit leader. These days, Mark is best known as the primary author of Life for Leaders, the daily devotional published by the De Pree Center. Since the beginning of the third third initiative, Mark has been doing extensive research in relevant fields, including psychology, sociology, gerontology, brain science, theology, and, of course, biblical studies. 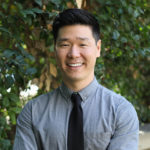 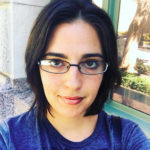 Mark is joined in this work by two members of the De Pree Center, Paul Matsushima, our Operations Manager, and Allison Quient, our research associate. Both Paul and Allison are graduates of Fuller Seminary. We are in the process of building a team of advisors as well as a network of expert partners.

Fill out our Contact Form to send us any questions, comments, or concerns you have. We’ll get back to you real quick.