God Gains Through Us: An Interview with Janet

“God gains through us.”

Janet is a dear friend I met through her grandson back in my undergraduate years when I was struggling with Greek. I was home for the summer and had briefly reconnected with an old classmate from high school. His grandmother had led him back to the Lord and was the first person that came to his mind when I told him about my struggles with Greek. Janet loved nothing more than to engage in rigorous and prayerful research into God’s Word in the original Greek.

Growing up, Janet’s mother was her role model. She was also a woman of the Word and always singing hymns. Her father was frequently absent building planes for the war effort. She would only see him for a few hours on Sunday. Janet was saved at 11 years old and developed a love for research in Sunday school. Initially, she could have been described as talkative, bubbly and lively until one of her teachers in middle school had enough of her talking and made her wear a mask all day in front of the class that only showed her eyes and had all the children laugh at her. She stopped speaking for thirty-five years. Yet, her love of research continued to flourish.

To this day, Janet is an interesting paradox of being extremely shy yet one of the most courageous and confident people I know. Despite how much her childhood affected her, she thanks the Lord because she believes God used it for his good to develop a deep love for him and further cultivate her love of research into God’s Word.

Despite being discouraged due to her being married with children, Janet eventually returned to school in 1985 and pursed a PhD in Clinical Nutrition getting As in all of her classes and won an award for her dissertation. It was soon realized just how shy she was and so she was given some undergraduate courses to teach. Recalling how terrified she was back then she fondly remembers that it prepared her for her mission trip to Russia. Janet recalls, “I was petrified within myself, but God was using me” and would use her to help people love God and get into the Word. Unfortunately, her husband left her and it derailed her when the time came to take her exams and she never finished this final component of her degree. Yet, her career was immensely successful as a dietician and heading many research projects.

And yet, God called Janet to Russia. On God’s initiative she packed up a bunch of donated Bibles and hit the streets of Russia telling those she met about the Lord, giving out Bibles and meeting with people in their homes. Initially, she did not know Russian and could not afford a translator so she taught herself while teaching ESL and roomed with a six college girls from around the world in two rooms (only one of which was a bedroom), all speaking a different native language but united in their ability to speak Russian.

Janet ministered in Russia for eleven years leading many to Christ, baptizing and discipling them. Although she was in her seventies herself, she returned to the U.S. to care for her mother. To this day she keeps in contact with individuals from every continent and spends her days happily teaching Hebrew and Russian classes and meeting with many people one on one to study. Her study partners range from well-known church leaders to new Christians.

Doing a standard interview, even with me, was difficult for Janet because she is extremely shy, but she has such joy, passion and courage when talking about God and the wonderful things he has done over the years. Reflecting back on her time in Russia Janet couldn’t help, but laugh. “It was all the Lord. He used my mouth for his purposes. God knew that because of my childhood experience it was hard to be seen, or known for myself.” But God gave her the words, and with them confidence to step forward in faith.

Janet has had people scream in her face and feel immensely threatened that she might steal people away from “their ministry” and yet she reasons that God’s words will not fall dead because God will use even this. She is at peace because ultimately, God uses all situations for his gain and this gives her the perspective, the resources and peace to live out her unique calling in every season in life. 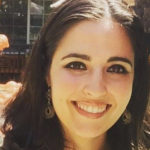 Allison Quient is a PhD candidate at the University of Aberdeen studying Systematic Theology and New Testament. She is a research assistant at the De Pree Center.

Allison Quient is a PhD student at the University of Aberdeen studying Systematic Theology and New Testament. She is the author of Eve Christology: Embodiment, Gender and Salvation published by the Canadian-American Theological Review, and author of Equating “Feminisms,” published by Christians for Biblical Equality.